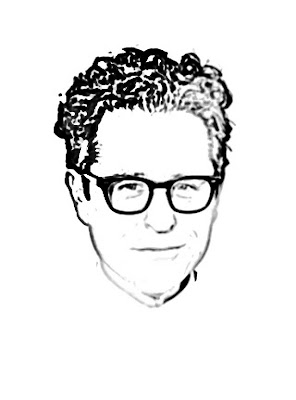 Take it with a huge grain of space smuggler's salt, but...

There is a rumor going throughout the Internet that J.J. Abrams is going to be much more involved in the lives if the Skywalkers than previously suspected.

Well, possibly but it's a geeky rumor that could have lasting affects if true.  The news comes from Stat Wars Episode 7 News via Comic Book Movie and as of right now is just a new hope.  Yes, I went there.

So what is this news?

That J.J. Abrams could wind up being the Galactic Overlord, the creative advisor of all things Star Wars.  In a sense, what Joss Whedon is to Marvel, J.J. would be to Star Wars.  And not just the films, but television, books, comics, video games, merchandise, and Internet.  A position he doesn't hold in that other science fiction series he's trekking across.

What's this effect would have on his producing capacity over at Paramount, no one knows.  But it seems highly unlikely that he would have a very deep integral position with that franchise after the next film in the series.  Which is fine by me, were he to retain power over Wars and Trek it would be a little too much cross pollinating fot myself. now that's been proven you can go on without the original Kirk and Spock, finding another director/producer to take control of the series shouldn't be that difficult. Although I'm sure the fans will definitely weigh in on this.

But Abrams taking control of the creative aspects of the Star Wars universe, while allowing Kathleen Kennedy to retain the managerial part would be a fine set up for most Star Wars fans, I believe.  The Mouse has set up its divisions with strong executives to keep production going strong for years.

Alan Horn has Sean Bailey working on Walt Disney live action, over at animation he has Ed Catmull handling the business side and John Lasseter handling the creative.  At Marvel he has Kevin Feige doing the business side and Joss Whedon on the creative side.  And if this is true, Kennedy in charge of day to day management, while J.J. Keeps the Star Wars Universe turning.  After Episode VII, he'll probably step back into a producer role.  Like he did with "Mission: Impossible 3" when he stepped aside and let Brad Bird direct the next one.

How confident are we in Abrams' ability to tell a story from beginning to end? My wife and I are working our way through Alias right now, and ... jeez. It's a fun show moment-to-moment, but the plotting is awful, and I find that expands to a lot of his other works. (The end of Super 8, anyone?)

I'm sure all this will come with a finely thin string attached. If episode vii fails, it will be on Abrams, and he will lose it all.

Is Joss Whedon involved in all Marvel projects? I believe he only had his hands on the two Avenger movies and The upcoming Agents of SHIELD TV series.
I am not a big Marvel geek so correct me if I am wrong.

I don't know if it matters much to me. The movies have jumped the Wookie. Nothing after "The Empire Strikes Back" was worth a second viewing. Nonetheless, I thought the remastered HD version of this movie was spectacular on cable television. I hold out some hope. I never expected to enjoy seeing Carrie Fisher in her slave outfit.