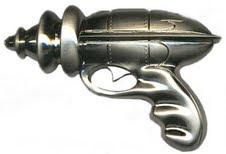 This is a very important week for film fans...

It marks the start of filming of another Brad Bird film.  And I always say that any time that that man is making a film it's a momentous occasion.  Each work of his is a joy to behold. A little jewel, a cinematic treasure really, given to us to enjoy for two hours that allow us to step away from the world that is into a world That could/would be.  From his first, best film "The Iron Giant", to his stepping into live-action with the thrill filled fun of "Mission: Impossible-Ghost Protocol", Bird has never not amazed me.

This marks the first week of shooting of "Tomorrowland", a new film from Walt Disney Pictures, directed by Brad Bird from a script that Damon Lindelof co-wrote based on his own idea.  I expect nothing short of greatness from this film.  I've never been disappointed by his work, and I don't expect to be by this one.  Even with all the hype amd mystery that has surrounded it, I still have lofty expectations for this film.  With his amazing list of actors in it including George Clooney, Hugh Laurie and others, I look forward to an amazing experience.  And with each passing day, I expect us to get snippets of the supersecret story as more spy pictures come in and more details emerge.

I have to wonder how much, if any will be shot at Disneyland in Tomorrowland?  Or perhaps it will just be a metaphor for something very Disneyesque?  Bird is an accomplished and skilled storyteller who knows structure like very few directors do, much less screenwriters do. So if Lindelof's script piqued his interest, then it'll definitely peak mine.  If I were Alan Horn, I'd sign him up to an exclusive agreement for years so that every work of art he made had the Magic Kingdom's castle in front of it.

If the Bunny can have a Governor, then the Mouse should have a Bird…
Posted by Honor Hunter at 7:07 PM

Come on. Give us some news instead of glowing adjectives for your favorite director.

You just said a whole bunch of nothing.

Any word on if "Miles from Tomorrowland" has any connection to this project?

I haven't read any version of the script, but Lindelof remains the weak link here for me. If you haven't read Film Crit Hulk's "intervention" column, it's never too late:

One of the smartest people writing about movies today, and I agree with his thoughts here pretty much across the board.

"Come on. Give us some news instead of glowing adjectives for your favorite director.

You just said a whole bunch of nothing."

And the news is quite simply that production has begun on his new film.

They are shooting scenes at UBC this week, and the area is dressed like the 64/65 World's Fair.

Bird probably re-wrote lindelof's script anyway--he"s a much better screenwriter than linelof is. Bird's written everything he's directed except MI4.

The "backstory" for Bird and Lindelof's creation of Tomorrowland is fascinating. At D23 Expo, they talked about a box they supposedly found in the Disney Studios Morgue that had all these strange photos, old sci-fi comic books, letters, notes, '64 Worlds Fair items such as blue prints for It's a Small World, and old animated footage that talks about the world's brightest minds coming together.....
They said the questions and wonder that they got out of this strange box inspired them to create the Tomorrowland movie.
http://www.theverge.com/2013/8/10/4608214/damon-lindelof-and-brad-bird-unveil-tomorrowland-mystery-box-app

It is clearly tied to an augmented Reality game that WDI R&D has been putting on for the last 6 weeks and culminated at D23 Expo called, The Optimist. In that game, you come to a blog created by a girl named Amelia. She's been posting information about her recently passed Grandfather (who was a sci-fi writer) and mysterious items she's been finding that connect him to the '64 World's Fair, Walt Disney and a "special project".
http://optimist.disney.com/

The whole thing has me very intrigued and excited for the Tomorrowland movie!