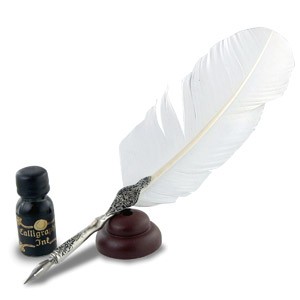 I've looked forward to seeing "Maleficent" from the moment I heard of it...

But now I am even more excited about the film, and the reason is simple.  It's not Angelina Jolie, it's not the director, Robert Stromberg, and it's not the writer, Linda Wooverton.  Ok, it's not the original writer.  It's the other writer that is attached to the film.

He is highly praised by fan geekdom, but not given near enough credit as a writer.  And as a writer he's known to write some very great stories that are about women.  Dini created the Joker's sidekick, Harley Quinn.  Some of his best episodes of BTAS involved female protagonist/characters.  He's a fountain of pop-culture that is perfect to take on this iconic Disney fairy.

Knowing that his prose is going to be on the pages these actors read is a huge benefit to the believability of this story.  Dini knows character.  Heck, he knows characters.  Not only comics, but cultural. He's able to handle the worlds of Star Wars, Batman, and yes, Disney.  The fact that he's handled diverse comic book characters like Poison Ivy, Barbara Gordon, Catwoman, to his own Jingle Belle, make him perfect for handling a Disney princess like Aurora or the Dark Fairy who cursed her.

Maybe if this does well they'll actually let him tell a story from the princesses point of view?  Perhaps John Lasseter would/could get him to help write one of Walt Disney Animation Studios' films?  And then hopefully someone will get Kathleen Kennedy to have him work on his/my, dream project:  "Indiana Jones the Animated Series".  He does want to do it after all.

How about let Dini takes on a female Marvel character?

Dini has done wonders for writing the characters in Batman: The Animated Series. The episodes are still enjoyable to watch today. He's the ideal writer for strong female antagonists.

I certainly hope it is better than what they did with Snow White.