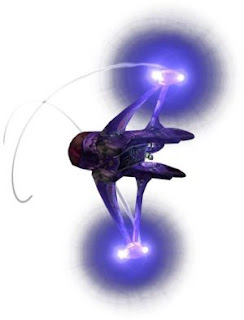 On the eve of the premiere of POTC: At World's End, I figured I'd give you some insight into more Walt Disney Pictures purchases over the last few years that were or possibly will be in the Mouse's future. Here's another sampling of what story ideas they felt important enough to pay large sums of money for:

Bought by Disney in 2005, a fake couple travel on vacation to Alaska to visit the grooms family and are forced to keep the charade going when his family throws a surprise wedding. Pete Chiarelli, who is repped by CAA, was to write the script from his own pitch.

Yes, as if the animated classic wasn't enough the Mouse thought in 2005 that people couldn't get enough of the live action version in DCA. The live action project will be developed by Bill Kelly and Sunil Perkash. Kelly will write the script and his deal with the Mouse was set up by UTA.

Screenwriter Elizabeth Hunter was hired by The Walt Disney Company in 2003 to write the script for Lafiya, a new animated film featuring an African Girl(well before any talk of an African-American girl in The Frog Princess). The story's main character is involved in an adventure that takes place on the plains of Africa.

Dean DeBlois, co-writer and co-director of Lilo & Stitch, signed a deal with Walt Disney Pictures in 2003 to direct a live action film described as a "period ghost story set in Ireland". The story of a little boy who is ignored by the world and pretends to be a ghost, who comes into contact with a real ghost. A story of friendship, love and loss aimed at the Harry Potter audience Production was supposed to begin spring 2005, it was reported that Robert Nelson Jacobs(Chocolat, Dinosaur, Out to Sea) has been hired to rewrite DeBlois' script. Currently known as "The Banshee and Fin Magee".

Walt Disney Pictures purchased a pitch by writers Matt Manfredi and Phil Hay(Jackie Chan's The Tuxedo), described as a cross between Love Story and Rebel Without a Cause. A tragic story of first love set in contemporary Los Angeles following a rebellious girl from the Westside and a working class Latino from East LA exploring contemporary relationships between teenagers from opposite sides of the tracks.

Rumored to have been developed when Disney decided to make the jump(pun intended) into computer animation back in 2005. The story concerns an outdated video game character trying to cope in the fast paced world of modern video games. No word yet if this production is going to move forward under the stewardship of John Lasseter.

A man living at Sherlock Holmes' London address, 221B Baker St., decides to take on a case from one of the many letters sent from all over the world asking the great detective for help in solving real life crimes. In becoming a detective, his whole life is turned upside down. Disney and Walden Media purchased the script by writer Julie Golden in 2005.

An English language adaptation of Eiko Kadani's book series, which was previously brought to the screen in Hayao Miyazaki's popular late-'80s anime film of the same name. Jeff Stockwell (The Dangerous Lives of Altar Boys) is writing a screenplay.

Walt Disney Company has purchase (possibly for Touchstone Pictures) a spect script by James Egan for midsix figures. Described as a teen romantic comedy between a young witch and warlock from opposing covens who fall in love but are forbidden to see each other. Essentially, it's a high concept, contemporary Romeo and Juliet.

Walt Disney Pictures and Beacon Pictures in 2005, bought Allison Burnett's spec script "Bundle of Joy" for mid- against high-six figures. It's described only as a romantic comedy involving an unexpected package that a newly married couple recieves. The project was to be overseen by executives Jodi Zuckerman and Zanne Devine.

A pitch from former Beverly Hills Hotel valet Kirk Ward and his partner Charlie Santori was purchased by Disney for a low-six figure sum. The story centers on the hard-working men and women who park cars for a living. Disney production executives Todd Garner, Nina Jacobson and Jason Reed were very high on the pitch.

The Mouse paid low- against mid-six figures for this teen comedy pitch written by Oliver Butcher and Eric Freiser. A fantasy story of a group of teens who, after taunting elderly people, suddenly become old. The teens ultimately learn to respect the value of age and experience. Disney executives Mark Vahradian and Brigham Taylor were to be overseeing the project.

What will happen to these stories, scripts and pitches? Send all inquiries to Walt Disney Pictures, care of... uhm. I think if you want to really find out what will become of these projects you'll just have figure out how to get in touch with the powers that be yourself...
Posted by Honor Hunter at 6:38 PM