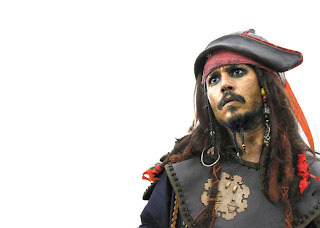 Well the film has been seen...

Here's some quotes the critics and fans have been saying:

"This is an amazing film." Harry Knowles, AICN

"A lavish spectacle illuminated by Johnny Depp's swishing as a slightly dainty pirate captain with better makeup than Paris Hilton, the movie has its dull moments, but not a lot of them." Stephen Hunter, Washington Post

"But Pirates 3 has no narrative throughline, no emotional spine. It's a mess, and the troubles originated with Pirates 2." Mick LaSalle, San Francisco Chronical

"The third voyage in the 'Pirates' trilogy could be touted as "the biggest, loudest and second-best (or second-worst) 'Pirates' ever!" Brian Lowry, Variety

"Seriously, this thing is a stern master — walk in casually off the street and you risk nearly three hours of very high-octane confusion." Carina Chocano, Los Angeles Times

"And, yes, the ending of this film is gigantic, the sort of spectacle that seems to only be possible in this new digital age, on a staggering scale." Moriarty, AICN

"Though the film is filled with the expected special-effects wizardry, its most stunning and surreal moments are also the most peaceful: an army of crabs transporting the Black Pearl over dunes and into the ocean, and a flaming sunrise viewed through tattered seaweed sails." Jeanette Catsouli, New York Times

"For what it's worth, the trilogy-capping Pirates of the Caribbean: At World's End, represents a considerable step up from the soulless Dead Man's Chest." Michael Rechtshaffen, Hollywood Reporter

A mixed bag, but it seems most consider this one at least better than the second enstallment: Dead Man's Chest... We'll see how it does at the box office this weekend.
Posted by Honor Hunter at 2:48 PM

I saw it Saturday. Awesome. An incredibly amazing film. I know some people are complaining about the confusing plot, but hey, it at least had a plot. And a pretty dense one, with twists and turns and suprises. I'm glad they didn't dumb it down for us. I still like Black Pearl better but this is a close second. It's epic filmaking. I hope they continue making more of these with Mr. Depp, even if no one else comes back.