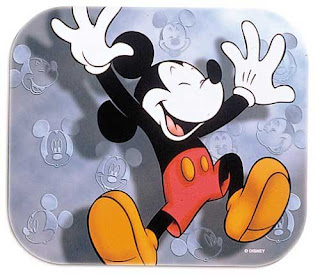 Here is the start of hopefully a regular feature here at Blue Sky Disney. With the constraints of time we shall try to give you a collection of the proposals, rumors and plans the Mouse has for the future of it's theme parks and resorts.

This post will be a monthly column released on Wednesdays and will contain what information we can gather from our sources to fill it. I hope you enjoy it. Let's get started.

First we'll start with the park(or Resort, now) that started it all...

The Year of a Million Dreams(YOMD) campaign has been extended till the end of 2008. Uhg... The Disneyland resort just finished a record quarter that beat, yes beat the same quarter last year during the 50th celebration. This has caused Jay Rasulo to go into orgasmic fits at the profits he can pull out of the park. This holds great news for we lovers of the park that started it all since those numbers will make Team Disney and TDB more willing to cough up the money to design better attractions, more lavish hotels and move closer toward an expansion that includes those two sacred words: Third Park. Not that it'll be announce anytime soon, but planning will move forward as attendance and profits soar. As reported over at Jim Hill Media there are serious plans for hotels on the lot with at least two hotels being planned on opening in the next 5 to 6 years. The design and theming of the hotels is being done right now and preliminary planning is underway for 1 or 2 more hotels to follow those if the good times keep rolling. The Walt Disney Company has been in negotiations with several property owners in the surrounding area about selling their land to the company or representatives of "other" companies.

Current plans(could change) call for the removal of the Fantasyland Theater in 2009 for a completely new theater to house a new show set to debut in 2011(it seems that year keeps showing up). There is talk concerning dramatic work altering the look/theme of Tomorrowland by 2010, but it's still in the Blue Sky phase(he he, love using that term). If money keeps flowing over the next year or so then plans could solidify and construction could begin in late 2008 for a late 2010/early 2011 completion. Again, this is very early in the development process, speculative and many, many factors could change it.

The majority of plans for the Resort over the next 5 years will be for the younger sister park.

There has been talk about taking out a great deal of the rides around Paradise Bay, but plans change daily. The current rumors about the Zephyr being moved cannot be confirmed because the expansion budget has yet to be approved. It is unknown yet if it will be moved. The Orange Stinger will be staying, but the large citris structure will be dismantled and a Victorian stucture more in line with the Midway Mania ride will be put in it's place. There has been talk of expanding the Bay Area from where it is near Golden State down to the area where Route 66 is. This is not happening. The current proposal envision the exact opposite. The Paradise Pier section is going to be continued from TSMM all the way up to the beginning of the Golden State area. The San Francisco buildings are being looked at for retheming to turn of the century Victorian architecture as well. The cheesy surf shops and restaurants would be gone and in it's place a Victorian beer garden dining environment. Mulholland Madness, the bland, off the shelf roller coaster would be history and replaced by an entirely new coaster built in an enclosed Victorian structure. The coaster will be more of a "classic" type coaster based on major Pixar characters, which some speculate will be an exact copy of the Crush Coaster in WDSP, but my sources seriously doubt this because of the existence of Turtle Talk already in DCA and Lasseter is not likely to have two attraction of the same character in one park. The Golden Dreams theater would be rethemed to match newly rethemed areas and a dark ride would be place inside featuring an attraction based on one of everyone's favorite Disney films... fans of WDFA in the 90's should be quite happy. The Block Party Bash will be leaving at the end of 07 and a new one will take it's place early in 2008.

Not much happening on this front, normally I save stuff about HKDL for my "Forbidden Kingdom" articles, but Disney is even more tight lipped about HKDL than it's other parks. Hopefully, this will turn out to be a good thing. As far as the Resort, the Victorian Hong Kong Disneyland Hotel has won awards at the prestigious China Starlight Awards in two categories – Most Stylish Hotel and Best Themed Hotel.

The expansion of the resort is nowhere near as clear as other resorts future. It appears Hong Kong's government is leary about pumping more money into the resort and is taking a wait and see philosophy. This doesn't mean that the Pirate expansion of Adventureland has been canceled/rejected so much as waiting to see how attendance picks up over the next year with the shows, parades and IASW attraction coming online. Cautious news, but not bad news so don't panic yet Disney Geeks!

The Tokyo Disneyland Hotel 700 room hotel is scheduled to open in April 2008. It is being built in the parking lot in front of Tokyo Disneyland Park. This will create an environment simular to Disneyland Paris where the park's namesake hotel is situated directly in front of the park. The hotel's rooms are designed with families in mind. Designed like the WDW, Paris, HK version as a turn of the century Victorian experience that offers the amazing service that the Tokyo Disney Resort is know for.

The main thing that Tokyo Disney is getting is the Monster's Inc. attraction that is planned for the tomorrowland area. This will be a ride that uses much of the technology in DCA's Toy Story Midway Mania, except with the different films characters. Being as this is OLC though, the production of this Monster ride will be much more elaborate than DCA's Monster's Inc. ride. While California Adventure's ride cost around 30 million, the TDL version hovers somewhere between 80 and 90 million... almost three times. I'll say one thing about OLC, they spare no expense. The ride is scheduled to open in 2009.

Here in the most beautiful park Disney built there is not much to report right now. There is not much of a focus on Tokyo DisneySea right now with Tokyo Disneyland's 25th anniversary. The only plan that was squeduled resently was a new show called "The Snow Queen" that was canceled due to the Oriental Land Company's cut in funding for the park. The next phase of proposals won't be ready until at least 2009. One such Blue Sky proposal is for Tokyo DisneySea to have Soarin' as an attraction in Mediterranean Harbor. The ride would have a different film, one that's more in line with the Japanese audience. If approved, this project wouldn't be completed until 2010 or 2011. Other than this project no other information is known about expansion of the Tokyo Disney Resort. The OLC is looking at building a second Disney Resort in Japan, though, but it won't be located in Tokyo Bay. If OLC builds a third Disney Park it'll be located in another location in Japan. A location far enough away from the Tokyo Resort that doesn't take guest away from the original resort. OLC representative are already searching various locations for potential sights. WDI is at work on preliminary concepts for pitches to the company.

Well that's it for this report. I hope you enjoyed the deep chatter we hear from deep inside the hallways of Glendale. I know some of you will wonder why nothing was posted concerning WDW. Well, I'll have a report on Florida latter in the month or early June. Information about WDW is not as interesting right now since there are no plans on the front burner for a Fifth Park or any major announcements of new attractions. That doesn't mean there aren't plans in the works, but the focus will clearly be on Disneyland(Anaheim) for the immediate future. As for WDW, it's plans are more interesting when you talk four or five years from now, then it starts to get interesting. But that's a story for another article, another day. Keep on the lookout for new articles as recon comes in.
Posted by Honor Hunter at 12:07 PM

Great article! I hope all this happens. It sounds like the Disneyland Resort will be awesome when this stuff is done.

If they replace all the Bay Area are they going to make another area look like Northern California/San Francisco?

It seems weird to have a park celebrating California and get rid of the elements that give nod to the City by the Bay.

The GG Bridge will be taken down and replaced when the placemaking phase for Sunshine plaza gets build sometime later. The current plan is to have a 20's traffic tunnel over it. The stores around the area leading to where the Sun Wheel are being converted back to a 1920's view of Los Angeles. DCA will have it's own mini version of Mainstreet U.S.A. So the San Francisco influence won't be there anymore. However... woops! I almost said something I shouldn't have... stay tuned folks.

Hey! Don't tease us like that! What were you going to say?

Nope. Sorry. You'll have to wait for a future post to find out. He he he...