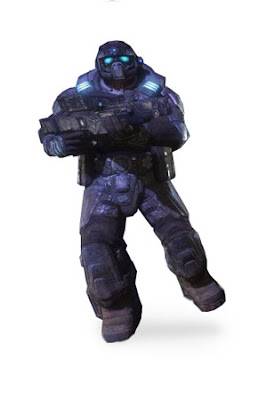 I thought we would focus on some of the stories that were being developed over the last few years for the Mouse. Many of which are in development hell, others still languishing in the process, with a select few actually having worked their way toward preproduction:

Walt Disney Pictures are developing the spec script Game Boys as an action film for the studio. The script which was purchased last summer is written by Tom Ropelewski and Evan Katz and is being fast tracked for production. Jerry Bruckheimer will produce for Disney, Mike Stenson and Chad Oman of Bruckheimer's company will executive produce the project.

The story centers on a pair of immature thirty-something game junkies who are recruited by the Department of Homeland Security to lead an army of similar gamers in a battle to the death against evil creatures that have come to life from a video game they have mastered.

Walt Disney Pictures was exploring the possibility of striking more pirate booty by resurrecting the vikings(the "original" Pirates). Writers Damian Shannon and Mark Swift sold the Mouse an untitled viking action-adventure pitch for high-six figures in 2004. The story centered on a washed-up viking legend and his ragtag team of marauders who are forced to go on an epic quest to save the world from evil including sea monsters, giants, Valkyries and beserkers.

Writers Ron Freidman and Steven Bencich(Chicken Little) were paid mid-six figures for the script in the fall of 2005. It is a live-action family comedy - a monkey spy adventure flick similar to The Bourne Identity...but with monkeys. I wonder if anyone that paid for this actually watched Chicken Little?

The Princess & the Pauper

Walt Disney Picturesin 2004, optioned the movie rights to this young adult novel, the tale is a modern, female-oriented take on the classic story: The lives of rebellious 16-year-old twins living poles apart, one a "pauper," the other a princess, become intertwined when they swap places for what is supposed to be one night but turns into a more long-term arrangement.

Monstrous Memoirs of a Mighty McFearless

First-time writer Ahmet Zappa just got his ticket punched for the big time in 2005. Zappa's novel, is still supposed to be heading to the big screen with the help of Walt Disney Pictures and Jerry Bruckheimer Films. The film rights cost Disney $1.5 million for the children's novel. The story is about a young brother and sister who discover their lineage is a long line of monster hunters and now they must put aside their differences and battle, what else, an evil monster.

Based on a spec script by Ashley E. Miller and Zack Stentz; it's about a mysterious object that crashes into a remote mountain in 1940s Africa;a young physicist Richard Feynman is recruited by the government to investigate it. He teams with a beautiful English spy and a cynical French aviator in a race against the Nazis to find the object and unlock its secrets.

Snow and the Seven

The story, set during the 1800's, of a beautiful English Princess that finds herself under the protection of Seven Shaolin monks from the forces of evil that are after her. At first, this sounds like another remake of a classic from someone that can't come up with new ideas until you examine who is attached to this project. Woo-ping Yuen, the amazing choreographer of such films as "The Matrix" and "Kill Bill" is the film's director. Michael Chabon, the Pulizer Prize winning writer in charge of the screenplay. Now I don't know about you, but seven dwarfs that know Kung Fu protecting some hot chick is something I'm willing to buy a ticket for.

Walt Disney Pictures bought the spec script of Joe D'Ambrosia and Tom Teves. The family comedy is loosely based on a real-life spy who also is a San Francisco single soccer mom with two kids and a nanny, her kids do not know she is a spy, and she plans to retire as the hilarity ensues. Think of it as Mr. & Mrs. Smith with kids, minus... errr Mr. Smith?

Writing partners Chris Pappas and Mike Bernier sold this pitch in 2004 to Walt Disney Pictures. As the title suggest, it is a romantic comedy about a bride from hell and the pain her soon to be husband to be and she go through on the way to the ceremony.

The Walt Disney Co. paid mid- to high six figures to acquire this pitch five years ago from writer Richard Jefferies. Set in Alaska, the story followsf a remote fishing camp operator who discovers one of his guests is an international fugitive. The locals nab the criminal only to learn the bad guy's private army is coming to extract their leader.

Marlon Wayans was attached to develop, produce and star in this film last year for Walt Disney Pictures. The material made it more than likely that this would wind up a Touchstone release. The story follows a handsome lifestyle mogul who wakes up one day hideously ugly because of a curse. As a result he must discover his inner beauty to save his company and win over the woman he loves. The project didn't get very far and Disney lost interest putting it into turnaround. Wayans was persuing several other studios, notably Dreamworks earlier this year.

The Wind In The Willows

Walt Disney Pictures and Guillermo del Toro back in 2003 were trying to bring the classic children's novel by Kenneth Grahame about a group of endearing talking animals(are there any other kind?) to the screen in a live action version of the book. Fan's of Mr. Toads Wild Ride will find this of interest if it ever gets off the ground.

Cristi Limm will write a romantic comedy for Walt Disney Pictures from her own pitch, and a idea by Joe Farrell, about a woman who dreads Valentine's Day. The story revolves around the day to day life of a single woman who negative view of the holiday comes into question when she falls unexpectedly for a man.

Which will die a long and torturous death? Which will make it to the screen? Which will be affected by the new studio "Development Executives" that took over Walt Disney Pictures last year? No one has any idea if any of these ideas fit into Oren Aviv's view of what the Mouse movies are. If you know... Vegas is calling. Place your bets...
Posted by Honor Hunter at 7:14 PM