Welcome to another installment of our Blue Sky Alert series. Much has happened since our last update. Not the least of which is a great deal more traffic. My thanks to the many of you that wrote in with such kind words. I also have been contacted by some people that run other sites on the web we happen to read and feel honored that they have visited our little site here. Another thing that has changed is we've decided to break the BSA into regional alerts. You've already seen the Tokyo Alert. This is the Anaheim Alert, in about a couple weeks we'll have the Orlando Alert and so on...

Just so everyone knows... this is "Blue Sky" Disney. What that means for those of you that don't know the term, is the proposal phase that Disney's Imagineers go through while they're throwing ideas around. Not everything I report will come to pass simply because many, many projects make it up the ladder through meeting after meeting only to get cut at the last moment. Everything you here from us here at BlueSkyDisney is based on actual proposals that have been planned or designed at the little building on Flower Street in Glendale. I've had a few people e-mail some nasty comments about me making things up and I don't like someone throwing expletives my way calling me a liar. This information comes from actual sources... it doesn't mean all of it will come to pass, but hopefully, most of it should. Especially with Uncle John now in charge creatively.

Another thing I wanted to mention is because of said Uncle John, the Pixar persona that has been working it's way through Walt Disney Animation Studios is now working it's way through Walt Disney Imagineering. Information about the coming few years is really getting hard to get. Uncle John, Jobs and Iger are really working the group and people are much more tight lipped than they used to be. People have been fired as an example and many are looking over their shoulders. Good thing for Disney, bad thing for us... or at least not as good as it was for us Disney fans. I absolutely understand the reasoning behind this move, but I still think that we as a fan base will always try to find out what is coming and will continue playing this game of cat versus mouse for the immediate future. So before we begin I'd just like to quote someone here:

"Many Bothans died to bring us this information" - Mon Mothma, Return of the Jedi

Let's get started in our own back yard here in California... The design of hotels working it's way through the approval process. As we told you in our last DLR update, there are up to four new hotels being proposed. Two of those hotels are in the final design phase. One source describes the artwork seen as "amazingly beautiful" and "pure Disney". I haven't seen any artwork for the new hotel designs, but I have seen the art for the new renovation of the Disneyland Hotel. It is very cool. Very. Couldn't take pictures, damn it... and I can't go into descriptions so as to protect one of my sources, but let's say those who have hated the dated look of the current hotel will be in love with the new designs. Also, the renovation is still on, but it won't begin begin until late Fall. We may not see anything begin before November or towards the end of the year. Since this will be the holiday season, I don't expect much to be done over Christmas and the massive amount of work to be done will commence after the seasonal celebration has settled down.

As I reported last time, the Fantasyland theater is scheduled to be replaced around 2010 or 2011 by a new structure. Pixar Haters will not be happy to hear that the current proposal for it's show is "Toy Story Live". This is another stage show wrapped around Pixar characters, but played by cast members not wearing masks like the "meet & greet" characters. After the huge success of "Finding Nemo the Musical" Disney has placed this one on the fast track. Another show could be put on, but with Toy Story 3 being released in 2010 it would provide Dick Cook and Jay Rasulo another coordinated effort to increase capasity due to the marketing campaign surrounding the impending release of the third and last Toy Story film. This also falls into line with Lasseter's desire to release attractions and shows that corrispond to a current Disney or Pixar movie. 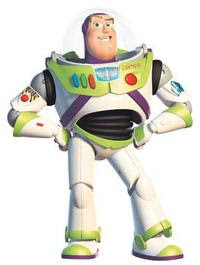 After the summer we'll find out if "Pirates Lair at Tom Sawyer Island" is a success. Many of the Imagineers are quite positive on this project and have been given the go head for preliminary design work on Phase 2 of the island which will involve a more "permanent" Pirates presence. This one will create a much more interesting reason to visit TSI. WDI is worried about the ability to get people on to/off of the island so the planning guys will be watching how the crowds swell up around the area late this month.

There are currently at least two proposals for a renovation of Tomorrowland beginning in spring 2009 and an end date planned for fall 2010 or spring 2011. The current Wall-E proposed replacement for Innoventions is the leading one and as I've said before... the box office receipts will play a very importment role in the final decision which won't be until late 2008/early 2009.

The metamorphosis of Paradise Pier and the Route 66/Bay Area into a detailed, lavish throwback to turn of the century boardwalks will be finished in 2009. Just in time to provide a idealized atmosphere for Walt Disney's Wonderful World of Color show. The entensive retrofitting of Paradise Bay should take about six months, so the walls that go up in January 2008 should be down by summer. Some test will have to be done, but most of that will happen in the off hours after all the guest have gone home. The Jellyfish are currently planned to go the way of the Do Do Bird... removal, for those that have no clue as to what I'm talking about. That area is prime real estate for viewing of the new water show.

The retheming of Screamin' is working it's way through the approval process and there are a couple proposals competing for a "yes" vote. Although Al over at Miceage talked about a "Villains" theme being proposed, it is highly unlikely this will be approved as a new theme for the roller coaster. The logistics of creating an immersive show/scenes with Villains would be very difficult to pull off without the support of being done in an enclosed building, aka: a dark ride. If they decide to do a Villains theme it probably would be applied to the "classic" roller coaster being designed for an enclosed building where MM currently sits. Although the final word has yet to come down, the chances of it being a Villain theme over something else is dimishing with each passing day. No one will know what the final design is until the final budget is approved. The "carnie" games section of the Paradise Pier area will be behind walls next month as they're exteriors are redone to match the new ride. Only about four or five will return. There simply won't be room enough for all seven in the final design of the building

It is likely that after TSMM opens one of two new placemaking projects will get going. The most likely candidate is the Condor Flats area where the current plans are for the area to be rethemed to an mid 20th century airfield in the California mountains. This retheming should be done by the time the new night show opens as well. If not, it shouldn't be more than a couple months later. The other place making project is being decided on as we speak.

The proposal for adding wilderness scenes in the Golden State area is progressing further along in the design phase but nothing has been approved. Everything is being done piecemeal and the projects as a whole may not be approved. Rather, it will go forward in rolling phases. The plan for a train ride around the area does not appear at this time to be going anywhere.

Oh, and as for Carland... most people are confusing what they mean by that. It's not just a movie related land. As it stands now the area will be turned into an area focusing on the California cultural love of automobiles. You know, CAR-LAND? The proposal right now is to theme the land to the 50's to 60's with the Cars ride being the only area of the land that reflects the movie. The Cars movie ride will be an "E" ticket and several "C" and at least one "D" ticket ride in the area. The name has not been settled on yet and could be changed from Carland to Route 66 or something entirely different. Well, that's all I can delve into at the moment. Hope you enjoyed it.

Stay tuned for more updates near the end of May/early June...
Posted by Honor Hunter at 4:57 AM

Great to hear things moving along. Will they ever add that fountain to the esplanade that was originally going to go there?

Well the plans for the Esplanade that was originally supposed to be between DL and DCA with that large oval pool with a fountain probably won't be coming back.

The powers that be inside WDI are kind of glad they didn't do it(even though it was Pressler's penny pinching that doomed it). With the lines and capasity during peak time periods a fountain in the center would create even greater traffic flow... so NO, I don't see it happening. Sorry to disappoint. I know everyone's seen that enchanting fountain in front of HKDL, but it's unlikely to happen in Anaheim.

I love that they're adding some new hotels to the resort. When do you think they'll announce them? Will they have artwork released anytime soon?

Anyone know what the other rides in Carland will be? The article mentions several c tickets and a d ticket.

what about walt disney world?

I'm supposed to have an update about WDW in a couple weeks hopefully. There's a lot going on in Glendale right now. It's much harder to get info and there are shake-ups happening left and right(as noted on Jim Hill today). I want to make sure I get enough information that can be verified before I post on it.

My goal is the end of May, but depending on what happens it could slip to early June.