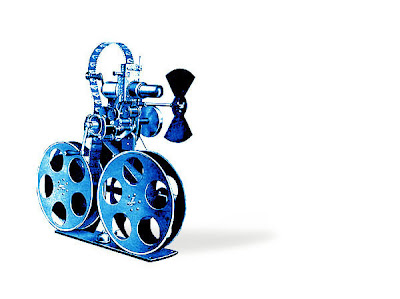 Thanks to all of you that responded to my list of the Top Five Scripts Hollywood Never Made. I thought we'd take a second to look at the movies coming out over the next few months. This summer promises to have an amazing amount of new releases at the box office...

Here is Blue Sky Disney's top picks of the summer starting from number one: 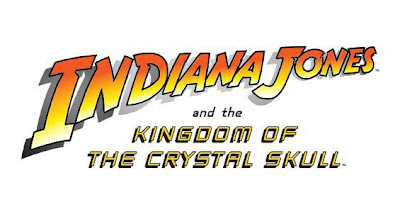 Indiana Jones and the Kingdom of the Crystal Skull(Paramount Pictures) - The first Indiana Jones movie in 19 years is the movie that holds the most anticipation for me. The Man in the Hat returns in his first adventure based on a Disney themepark attraction... errr. Wait. Or is that reverse? Either way, seeing this larger than life character back on the silver screen is a welcome sight and the only movie that is truly an "event film" for my friends and me.

The Dark Knight(Warner Bros. Pictures) - Christopher Nolan's second run at the Gotham vigilante runs a close second to Indy as we get to see the further adventures of one of the most fascinating characters in comics. Featuring Heath Ledger in his last, fully completed role as the clown prince of crime, this film has a lot to live up to... "Batman Begins" is the most fully three dimensional representation of the caped crusader. Popcorn and soda for all. 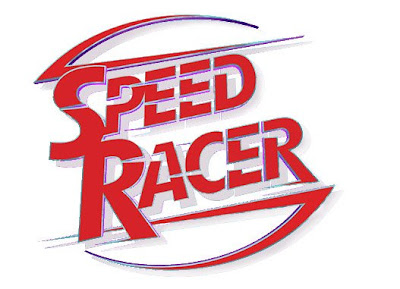 Speed Racer(Warner Bros. Pictures) - The modern, live-action take on the 60's anime show comes to us courtesy of the warped, gender-bending minds of Andy and Larry Wachowski. When I first heard about this I wasn't too excited... especially after seeing the extremely disappointing sequels to "The Matrix". I've had the script for this for about four months and am glad I didn't start to read it. After seeing the trailer I want to be surprised... it's really trippy. If you haven't seen the trailer, go have a looksie. It's a tale colored in Skittles and unlike anything I've seen in a long time. 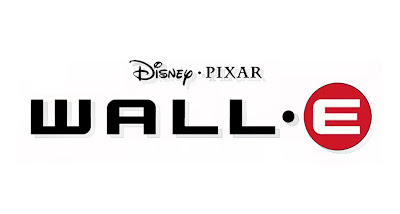 Wall-E(Disney/Pixar) - Andrew Stanton's last animated movie till next decade has all the charm and sweetness one would expect from the director of "Finding Nemo'. Not only does the animation show why Pixar is at the top of computer graphics animation, but it presents one of the best examples of why John Lasseter was put in charge of the Mouse's animation.

The Chronicles of Narnia: Prince Caspian(Walt Disney Pictures/Walden Media) - The second adaption of C.S. Lewis' Narnia saga appears to be taking a more epic and darker road as the success of the first one has given Walden Media and Disney more confidences in laying down the bling for a grander continuation of this fantasy.

Iron Man(Paramount Pictures) - A movie based on a second tier comic book character getting a big budget presentation? I wasn't that keen on seeing this until I heard that Robert Downey Jr. had been cast. Then Jeff Bridges and a star studded cast peeked my interest. The preview looks good, faithful and quite fun. This project has gone a long way since Tom Cruise was attached to this project. The Mummy: Tomb of the Dragon Emperor(Universal Pictures) - I read this script almost two years ago and loved it. Very much in the vein of the original movie. A truly fun read... I hope that the film is as good as the script. It's by the writers/producers of "Smallville" who just so happen to have written a script for Disney called "Jungle Cruise". My only disappointment so far is that Rachel Weiz didn't return as Evie... 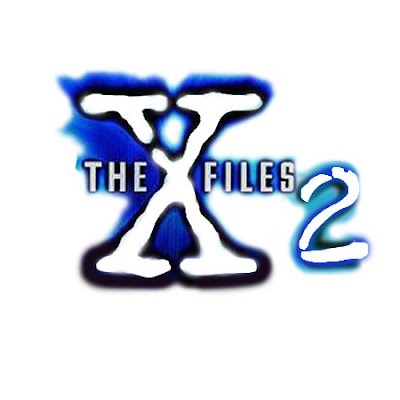 X-Files 2(20th Century Fox) - A huge fan of the television show. I enjoyed the first film, didn't think it lived up to the hype and wasn't as good as a movie as it was as a series. That being said, I'm looking forward to seeing Skully and Mulder in action again, I just hope everyone else is as well. 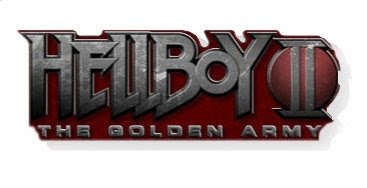 Hellboy II(Universal Pictures) - I had actually never read Mike Magnola's bizarre hero from hell until after I saw the first film. It was a pleasant surprise. I've read them all now and really enjoyed the film for what it was able to accomplish in compacting a story into a couple hours and showing us this universe. Looking forward to seeing another dark adventure of the employees of the Bureau for Paranormal Research and Defense (BPRD). I've been impressed with what Guillermo del Toro has been able to get up on the screen with the budgets he's given. 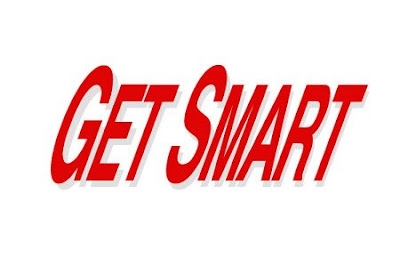 Get Smart(Warner Bros. Pictures) - As a kid, I grew up watching this show and thought it was a riot. A great take on what would have happened if James Bond was an idiot... Steve Carell is perfectly cast as Maxwell Smart the agent that defends the world with his shoe. Seeing the world in peril never looked so funny.

Just wanted to make you aware (since you clearly aren't a "superhero" comic book fan) that Iron Man/Tony Stark is hardly a second tier character. Iron Man is one of the original Avengers and one of the most loved characters in the Marvel Universe that isn't Spider-Man.

I won't go any further than that. I was just a little offended there for a second.

WHAT U THINKING? NO WANTING TO SEE THE INCREDIBLE HULK? HULK SMASH YOUR BLOG!!! GRRRR!

'Wall-E' will IMO be the jewel in the summer movie crown.

Yes, I know Iron Man was one of the original Avengers but that doesn't make him a top tier character in my opinion or several other people by the way. Even the head of Marvel, Kevin Feige was quoted a few weeks ago in the LA Times assuring people about other charaters that were not their top tier(Spider-Man, X-Men, Fantastic Four, ect.) would still be very good characters for movie development. Simply put... he ain't no Wolverine. I like the character and have never really been a big fan of the comic. Everyone has their favorites, but I wouldn't say that Iron Man is selling anywhere near Spidey or X-Men. It's my opinion, my blog so I state it... don't be offended just because someone doesn't agree with you about Shell Head, k?

Oh, and for the second anonymous...

I was looking forward to "Hulk" until I saw the hugely disappointing trailer. It tried to hide the Green One till the very end, like we've never seen him before? And it looked like video game footage... I wasn't impressed and really wanted to be.

Most of the recent Marvel movies have been horrible, such as Spider-man 3 and Ghost Rider. I have little faith in Marvel movies. The last really good one was Spider-man 2 and even that one was heavily flawed IMO.

I can't wait for Indy 4, I hope it is the highest grossing movie of all time, or at least the year. I'm also really looking forward to The Dark Knight and Wall-e.

Speed Racer looks awesome. I dreaded seeing this after hearing the Wachowski's were doing it. After seeing the trailers, I'm really looking forward to it.

anonymous No. 1, dude what are you fussing about? He's just said it was one of his top ten movies of the year! Iron Man wasn't his cup of tea and you want to argue that the character is as good or well known as Spiderman, Wolverine or Captain America? Ask most people who he is and they'll confirm what Honor said. To put it short, lighten up. He has an opinion different than you.

Why are the Wachowski brothers gender bending? Have they changed Speed Racer to a girl or something?

Larry Wachowski had a sex change and now considers himself a lesbian. No, I'm not kidding. He lives in San Francisco with a woman. That's what I believe Honor was referring to.

"Anonymous #1" again, as I have been called.

I just wanted to come back and state for the record that I didn't mean that Iron Man is one of their more recognizable characters to casual fans, but is probably one of the more important A-list Heroes in the Marvel Universe. When you say "second tier" character, I think someone like Hawkeye, Nightcrawler or Daredevil. Someone who is popular, but is not one of the "Heavy-Hitters."

I think when Mr. Feige says that he is not among their top-tier characters, I think he is talking about popularity/recognizability among average movie-goers/casual fans and not those who would be called die-hard comic book fans. Since Mr. Feige is head of Marvel Studios, and not Marvel EIC (Joe Quesada), I think his opinion of what a "Top-Tier" character is, is soley based on what will appeal to a mass audience of moviegoers.

In my opinion, there are only a few characters in the Marvel Universe that I would call "Top-Tier" in this fashion; Spider-Man and Wolverine are certainly on top of that list and then possibly Hulk to a degree, these charachters are immediately recognizable the world over and are pretty much guaranteed moneymakers (although we'll see how Ed Norton's take does in the wake of Ang Lee's debacle with the original "Hulk").

I just want to state for the record that I would not consider Iron Man among my favorites, but I recognize his importance in the Marvel Universe as a whole. But I will say that Robert Downey Jr is perfectly cast as Tony, and I CAN'T WAIT to see this movie to see what he does with the character. I'd also like to state for the record that I regret using the term "offended" in my original post. I probably should have said I was irked, or something to a lesser degree to say that it just bothered me a little bit to hear Iron Man and Second-Tier in the same sentance. I also apologize for saying you weren't a comic fan, since I often take for granted that someone can be a Disney fan and a Comics fan at the same time (as, of course I am. Very excited for WALL E). And, of course you are entitled to your opinion, I was just stating my opinion as well.

And on that note, I will leave well enough alone and call a truce (if you'll have it). Have a good summer, and I'll see you at the movies (figuratively anyway, since we don't know each other at all)

Keep up the good work, I love your Blog!