It Hasn't Been Easy Being Green... 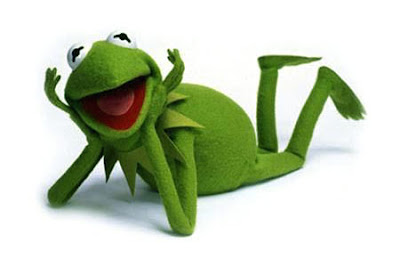 Ever since the Mouse bought the Muppets it's been trying to find a fresh way to keep them relevant in the 21st century. It's had many stalls and projects that have either died in development or simply faltered before they ever got a go ahead into prime time or theaters...

It looks like, at least according to Variety , that Disney has found a concept to relaunch these endearing characters. Jason Segel(CSI and Freaks & Geeks) pitched his concept for a new Muppet movie and the Mouse apparently bought it. Both literally and figuratively. Nick Stoller(Forgetting Sarah Marshall) is attached to direct. The ball seems to be rolling and executives at Disney appear to want this moving as soon as possible... after all, there are theme parks to support.

Good news for Muppet fans all over.
Posted by Honor Hunter at 10:58 PM

They need to involve the Henson Co. more in R&D. Henson stays on top of technology and even creates their own, much like WDI is known for. There needs to be more collaboration there. They could come up with even more incredible things by working together even more than they have in the past. There should be the type of collaboration that there is with Pixar and has been with Lucas. Get them all working together and form a huge brain-trust to make some truly incredible, immersive experiences!

The Henson company doesn't really have anything to do with Disney and there really isn't much chance of them collaborating together...

There's still some resentment from the aborted deal in the 90's and it would be very unlikely, but you never know.