From High Seas To Wild West... 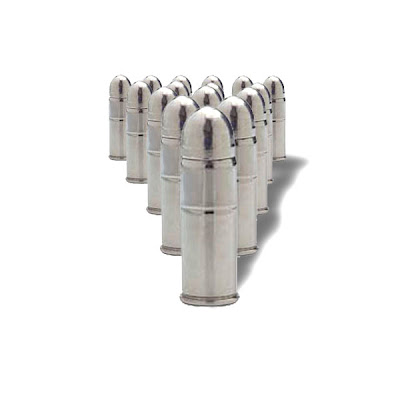 As we reported here at Blue Sky Disney last year, screenwriters Ted Elliott and Terry Rossio are in final negotiations to write the reboot of "The Lone Ranger" for Walt Disney Pictures and Jerry Bruckheimer Films.

The film is being planned as a tentpole for 2010.

The irony in this is the property was once owned by the Mouse(if you've read the blog much, you know this) and is now owned by Classic Media. Having began as a 30s radio show created by George W. Trendle, the Masked Man quickly moved into serials, a hugely successful TV shows, comic strips, comic books, toys, novels before languishing in the 70's. An earlier reboot in the 1981 was a horrible box office bomb.

Elliott and Rossio will try to breath life into the Ranger the way they were able to remake Pirates into a financial success story. They also turned another loved member of the Old West into a hit with "The Mask of Zorro", although that was not made by Disney(should have been, but that's a story for later).

The project will be made by the Mouse with and Jerry Bruckheimer producing, Mike Stenson and Chad Oman executive producing and Jason Reed is the Suit for Disney.

A note for the "Geek-Challenged": The Lone Ranger also happens to be the grandfather of "The Green Hornet". Fighting crime and working for Justice runs in the family, eh? Now, if the Mouse were smart, they'd get the rights to Green Hornet and make it.
Posted by Honor Hunter at 7:19 AM

Disney must look to Batman Begins as
a model to this film. That kind of realist vision can work very well to Lone Ranger.

I think Seth Rogen (Knocked Up) is writing a Green Hornet screenplay for Sony..... Kevin Smith was attached to the project a few years ago.

Yeah, I heard that. It scares the crap out of me if they're gonna take a cool concept like GH and turn it into a comedy.

Yet another example of Hollywood urinating on classic pop-culture.

I'll agree that some recent reboots have been less than spectacular, but for every "Ghost Rider" there is a "Batman Begins". Hollywood isn't all bad....

You think Kevin Smith will screw up GH as badly as he did Daredevil? I sure hope not...

Either way, I am pulling for the Ranger. Those Dynamite comics that were released last year were awesome!