Elves Step Aside For Queen... 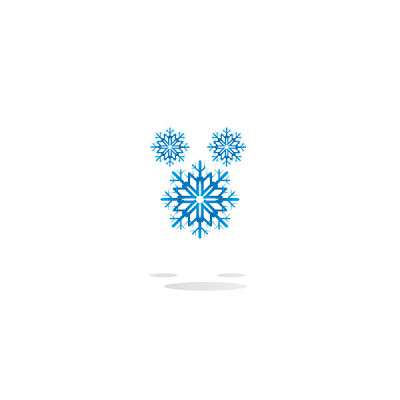 The guys over at /Film have released some Disney Animation info that I teased about last month...

If you remember I mentioned a classic, hand-drawn film that would be coming out in 2013 and I mentioned it was untitled. That was "The Snow Queen" I was talking about, and the reason I said it didn't have a name was that my Bothans told me it might have a name change. Apparently that's not the case anymore as animation producer Peter del Vecho in the clip over at /Film lets the cat out of the bag. He gives a brief preview of some of the 2D films in various levels of production right now in the Hat Building.

There was no mention of "King of the Elves" as the story is evolving and may result in the film being pushed back to 2013 instead of 2012. That right there is why Snow Queen has moved up a year to fill the slot. As of now, no acknowledgement has been put up on the official Walt Disney Animation Studios website about the change, or the fact that this version is being shepherded by Chris Buck, but you can expect some news about this and other animated projects to come out the first part of next year.

I have a feeling that Lasseter and crew will have some surprising news for animation fans right as 2010 wakes up...
Posted by Honor Hunter at 8:27 PM

This is a good move.

I was thinking that King of the Elves would be too similar in style to Princess and the Frog, was anything you know giving you that vibe honor?


YESSSS!!! for Snow Queen. Is true Lasseter mentions "Ramayana" in the Princess and the Frog Art Book??

Elves is very different from Princess and the Frog. It's more along the lines of the Spiderwick Chronicles.

Honor- While that may happen, this documentary is about 2D films - not CGI - notice no mention of Rapunzel either, or Joe Jump - and both of those are confirmed happening (Rapunzel is OBVIOUSLY happening).

The interviewer mentions this himself in the description of the video clip:

"If you’re wondering why Peter mentioned neither Rapunzel nor The King of the Elves in the clip, it’s because those two are CG animated pictures and we were discussing hand-drawn movies only. Of course, they wouldn’t let me take pictures of any of it but I did see a great deal of Rapunzel and Elves concept art and, as expected, it all looks quite promising, to say the least. Rapunzel probably has the edge at this stage but it is some way further forward in development. Some of the Elves close ups had a vague Avatar vibe, which was unexpected. "

According to the /Film article, if you read all the way to the end, the reason "King of the Elves" wasn't mentioned is that they were specifically discussing hand-drawn and "Elves" will be computer animated. I'm not suggesting you are incorrect about the date changes, just clarifying what was stated in the article.

I really want Snow Queen will be a serious tale, in Beauty and the Beast or Pocahontas' style...

Just a question, dear Honor... last november you told about a 2D feature directed by Chris Buck... is it Snow Queen?

Enough with the Princesses, time for a Queen!

Yes, Chris Buck is in charge of Snow Queen...

I forgot to include that in the post, it has been amended.

As for the release date, I was referring to the film scheduled for 2012 being changed. I wasn't making any statement about "Elves" being 2D as I presumed from all that is out about it that it's known to be CG.

And the artwork for KOTE is quite striking and beautiful, the story needed work...

Not having read the story, what type of Elves is it that are in King of the Elves?

The tall lord of the rings type or the short santa breed?

Best thing about all this is the confirmed future of "2D" and hand-drawn animation.
Not that bothered which comes first (love CG, love 2D), but just knowing that the hand-drawn is being considered further down the line than 'Pooh' is so comforting to know after all this messing about since early 2000's.

It also gives the impression that they have a plan for future more than when all we knew was PatF, Rapunzel + King of Elves.

Heres to the Future everybody!!

"Not having read the story, what type of Elves is it that are in King of the Elves?

The tall lord of the rings type or the short santa breed?"


Smaller than Santa elves even...

Think a foot or so tall, green with lots of foliage so they can blend in with nature and very elvish type femine faces.

Hopefully they'll get the story worked out so we can see it in 2013...

Thank you very much for all your answers, dear Honor...

Many thanks Honor; that sounds quite nice actually. Just had to have a look at this :)
And it sounds like a good concept to go with. Certainly would be different.
Although not quite sure what I expected - lol.
Hope it works out eventually.

I love the idea of the Snow Queen - it's one of my favorite Hans Christian Anderson stories, rich with imagery and unforgettable characters. I have but one request...DO NOT LET RANDY NEWMAN DO THE MUSIC FOR IT!!!

Menkin is supposedly composing the music.

Damn, I heard this has been stalled because, you know, apparently boys don't like "Princess" movies anymore.

Besides, Snow Queen is a beautiful story both boys and girls love/will love.
I don't understand why all of a sudden they're trying to "appeal" to both genders. Disney movies have always been for boys and girls. But no, we can't have females as main protagonists anymore.
That's the vibe I'm getting anyway...

I'm a bit upset with Disney right now. So, if KotE was shoved, and SQ is as well... what are they going to do?
*is foiled*