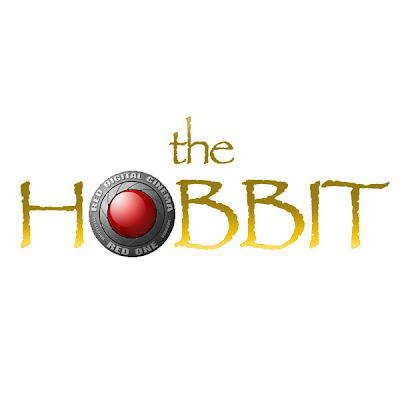 I haven't read this anywhere so I thought I'd mention a little technie-geek news that hasn't made it out across the wire/Net yet...

I'm a huge fan of "The Lord of the Rings" series; both book and films. Peter Jackson holds a great place in the heart of all geeks and Guillermo del Toro has a slightly smaller throne, but is firmly in the geeklove came. Not to mention he's a big Disney Geek/Fan and has a new label that will be producing films for the Mouse(and hopefully directing some as well).

If you know a bit about Peter Jackson, you know he's a big fan of the Red Camera. He made some really impressive World War I tests using the camera with the help of his Weta buddies. Well, it just so happens that "The Hobbit" will be shot with the new 5 K Red Cam. An interesting bit of news and I'm going to be excited to view a trailer for this to see out it looks. But that would be almost two years out. That may be a short time in Hobbit years, but for a human it's a good chunk of time.

So we'll have to wait and watch the casting, images and other surprises trickle out in the mean time...
Posted by Honor Hunter at 11:28 AM

What? More crappy video films? And they're going to use it to make this classic book's adaption?

Many things are shot digital today and most look fine. The Genesis camera is one of the best. The new 5K Red is supposed to be impressive as well.

I don't think Jackson is going to settle for mediocrity. Those that whine for the days of film need to realize that film is an expression more than it's a medium. You're at a point where you can manipulate mediums like this to get it to look the way you want. Film makers are becoming more and more like artist being able to paint with film.

It's not film! I don't like video! Boo hoo. Get over it geeks.

I've shot with red before, they have 2 camera's at my work. It'll look beautiful. These people think they know what they are taking about, yet when they go to a movie that's shot on red, they can't even tell the difference. Film is slowly dying, I would know because my company only shoots in digital formats and doesn't touch film/tape anymore. Sorry film lovers.