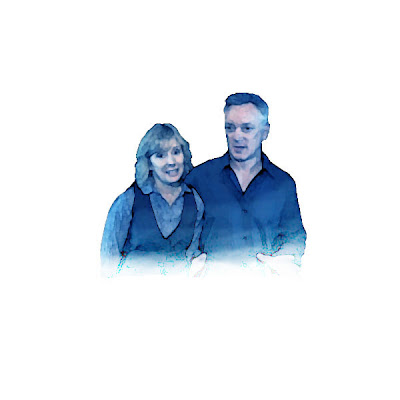 Now that Walt Disney Animation Studios seems to be on the right track again, one has to wonder who will be the storytellers of the future...

Who will be the next Ron Clements and John Musker, Disney's Brad Bird or Pete Docter (a future post). And make no mistake about it; WDAS has its own share of talented animators and directors. Pixar is not the only place that has great directors and craftsmen. Many were never given the opportunity to shine under previous regimes but are now having whole new worlds opened to them.

Now that Lasseter has a few years under his belt we can slowly begin to get an idea as to where the Mouse is headed. Of all the pieces that are out there I have a personal favorite.

It's the best thing that they've done since the new openness that John and Ed started when coming over to Burbank. My second favorite thing they've done is the Goofy short; "How To Hook Up Your Home Theater." Ironic that it was done by the same team responsible for Prep & Landing. While I think "Bolt" is a missed gem that didn't get as much attention as it should have, and "The Princess and the Frog" marks a return to the beauty of hand-drawn animation, they aren't my favorite parts of the puzzle that is the new Disney.

And of all the new projects in the works, guess which one I'm looking forward to the most? Rapunzel? Winnie the Pooh? Snow Queen? No, none of these. I'm excited to see the new short that they're making called "The Balled of Nessie." And it's again by the same duo responsible for the other two projects I really like. It's also hand-drawn and in a style remarkably like those 50's styled animation shorts done by Disney. So as soon as this short is done, I'm hoping that the duo responsible for it get the greetlight to move from directing shorts to directing an animated feature. Incidentally, the reason we haven't heard much about the short lately is because of it being hand-drawn, the majority of the artists who were working on it happened to have been busy with TPATF. Such is the case with so few 2D animators in Burbank right now. That'll change with the two hand-drawn features lined up over the next few years needing talented artist.

Kevin Deters and Stevie Wermers-Skelton are the directing duo behind those projects and they're who I think are the new, bright stars of WDAS. These two have created the most clever and compelling of all the new animation that has come out of the Hat Building and I look forward to whatever they come up with for a feature. And if I can see this, you know that Lasseter can see it. Not that I've heard anything yet, but you can see where a trail is going if you follow the path. These two are clearly on the path to a very promising future.

And I believe as soon as Nessie gets done they're next project will be something that I can't wait to see...
Posted by Honor Hunter at 10:20 AM

BoN is also the one I'm looking forward too

what's up with Elves??
Is it cancelled?

But remember, "Joe Jump" at one time was as well, and it's now back in development. If something happens, it'll happen. There are still plenty of animated films to take its place over the next few years.

And who knows, Elves may return...

Can't wait for your perspective on the slightly disappointing Frog domestic box office and what that means for the future if anything.

The future of Walt Disney Animation is definitely exciting and looking well.

Um, Princess and the Frog is an underperformer, bigtime - it even opened weakly in Italy. I hardly think Disney 2D is back on track. At least I hope PatF isn't the gold standard now. It was terribly...bland...

Im excited as well to see the Ballad of Nessie. Hopefully this will add to new inspiration to finally create beastly kingdome!

Honor, also curious to hear what you have to say about Frog's poor box office? It's a lovely and wonderful film, but it clearly hasn't (and won't) become the big hit they hoped for. I'm sure it's moving a lot of princess merchandise, but the box office is still a disappointment. Add it to the flop of "Old Dogs" and the modest performance of "A Christmas Carol" and you've got a rough Christmas for the Studios.

Will we even get to see The ballad of Nessie? It seems Glago's Guest just disappeared from the world of wide theatrical release.

And what happened to "Tick Tock Tale"? Why did Disney pull a "Glago's Guest" on us and not have the short before the WDAS feature as promised? The shorts program isn't back in full form as they touted it to be!

That's another good point about the shorts. The value-added of a new short on "Princess and the Frog" wouldn't have hurt.

Bolt left me cold. I didn't like it at all. Nor did I buy it on DVD (and I own EVERYHING on DVD).
As to PATF, I liked it. I liked the fact that it wasn't that predictable (especially the ending), but I didn't LOVE it. I think that Disney is (now) taking the long view on stuff like this. I've heard that the merchandise was doing VERY well and it opens up a new market for Disney.
Just remember that Cars is only sixth domestically among all 10 Pixar releases (and eighth worldwide), but is considered a HUGE sucess due to merchandise and capturing the young boys market.

Plus PATF has already done better box office than Home on the Range, Fantasia 2000 and Treasure Planet.
Although I think the VERY American story will hurt it's international box office.

jedited -- please don't compare this to Treasure Planet or Home on the Range. If that's the only standard of success we're looking to beat, then hand-drawn animation is doomed. Both of those films were complete and utter bombs. Fantasia 2000 is unique because it was essentially a limited Imax release (yes, I know it also got a wide release later on). I agree that Disney is taking the long view and I think the comparison to Cars is very appropriate. The consumer products angle is really the only avenue where "PATF" can become a true success for the company.

The box office side has failed. Disney cleared the field for it, pushing "Christmas Carol" to the first week of November so it wouldn't compete against it and then changing the "PATF" release date so it would have a chance to gain some traction before the Chipmunks. They then put forth all their marketing might to make this a real Disney event. And it will barely pass $100 million if it's lucky. Less than "Bolt", less than "Chicken Little", and about on par with "Meet the Robinsons." If you were one of the suits who wanted to shut down hand-drawn in favor of cgi, "PATF" is only proving your point.

And for the record, I loved the movie and I can't wait to see it again.

They should do an American Idol with Disney music and find the next singer to play the lead role(s) in the next Disney animated movie.

Honor, will we get to hear what you thought of Avatar?

Folks, TPatF is NOT failing at the box office, so please stop assuming that it is!

It's been a huge success, regardless!

Anonymous said: "Honor, will we get to hear what you thought of Avatar?"

Glad you finally came out of the closet, Spokker.

PATF is in no way a "huge" success. It is very much an artistic success. I love the film. It is beautiful. It has not been a commercial success. Maybe it will show real staying power and prove me wrong. I hope so. But it is getting whipped by "Alvin and the Chipmunks". That's sad. It doesn't matter if "Princess and the Frog" makes more money than "Treasure Planet" or "Brother Bear" or whatever. Lasseter is supposed to bring Disney animation back to dominance. To me that means Disney animation should make the same kind of money as Pixar films. "PATF" is not going to do that. Sorry.

I don't care what anyone else says, Bolt is a good film, and it did well.

The same goes for The Princess and the Frog.

I think that ONE of the reasons that Disney Animation films are not getting the same box office results as Pixar films is because people are a little more trustful of Pixar and are still slowly learning that Disney animation has gotten back on track (i.e., has gotten back to being a creator driven studio that focuses on a good story.)

I am a Pixar fan, but I do think that some people are just blind followers of Pixar.

When my sister and I were at the D23 Expo, we were talking with this teenage girl who said that she was not looking forward to Rapunzel simply because it will be CGI. (Although she did like Bolt) She said that she only trusts CGI films from Pixar--and yet she did not seem to know who John Lasseter is.
And of course, John Lasseter is chief creative officer at not only Pixar, but also at Walt Disney Animation Studios.

So, it seems like a lot of people will have blind trust a film just because it has the Pixar logo. People don't seem to be as trustful of Disney Animation as they are of Pixar. (Not yet, anyway. Here's hoping.)

(And heck, a lot of people were excited about Prep and Landing because they were under the assumption that it was a production of Pixar Animation Studios, as evident of several twitter postings on the subject)

Honor--I would be curious to hear your thoughts on this theory. :)