Heading Back Into The Hole... 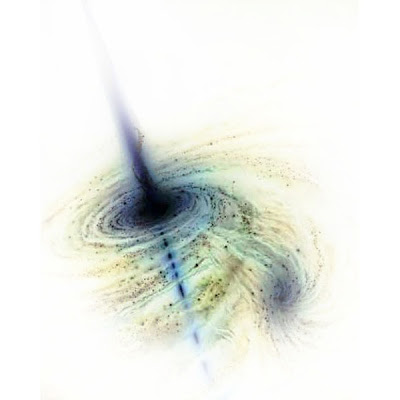 Now this is welcome news...

The Hollywood Reporter is breaking that Joseph Kosinski, Sean Bailey and screenwriter Travis Beacham have been attached to create a remake of Disney's "The Black Hole." This is great news as it's something I've always felt was a great property for a remake. Then again, I thought Witch Mountain would be a great remake, but it all depends on the material and the people associated with it. "Race to Witch Mountain" had the wrong people attached to it and weak material to film. There was a great story there that was squandered. This one appears to have the right people attached from the get go.

It looks like Bailey isn't through with his Disney remakes/prequels/sequels as he was one of the producers on Disney's 20K Nemo prequel. That feel through, but this one looks to be a go for the new Ross regime. I was worried from some of the stuff I've seen Ross quoted as saying a Disney film should be, but this gives me more confidence in the man and his decision making abilities. Looks like Kosinski has a project to do in between Tron sequels.

Check a look at Decadent Dave's post about a remake of The Black Hole last year on this subject; turns out he's a prophet...
Posted by Honor Hunter at 12:57 PM

Interesting, given that 20,000 Leagues and The Black Hole are the same story in different settings.

Because Hollywood STILL can't come up with an original idea...

I can see the whole "It's sorta kinda a reboot but also a sequel" TRON movie but "The Black Hole"?

Between buying the Muppets & Marvel, is Disney even interested in growing their own ideas any more? I know Disney used fairy tales for it's movies (Snow White & Cinderella, anyone?) but at least they had original ideas back then (Mickey Mouse, Donald Duck, etc.)

Whatever happened to greenlighting ORIGINAL scripts?