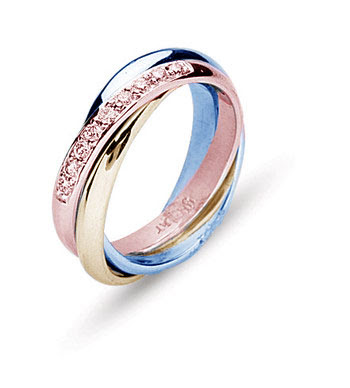 Today, these two souls were united in marriage...

The acquisition/merger of Marvel into the Disney Empire happened today. Here is the official press release:

New York, New York – December 31, 2009 -- Marvel Entertainment, Inc. (NYSE: MVL), a global character-based entertainment and licensing company founded in 1939, announced that at a special meeting held this morning, Marvel stockholders approved the adoption of the Agreement and Plan of Merger entered into by Marvel and The Walt Disney Company (“Disney”), which provides for a merger in which Marvel will become a wholly-owned subsidiary of Disney. Marvel anticipates that the merger, which, based on the closing price of Disney’s common stock on December 30, 2009, has an estimated value of approximately $4.3 billion, will be completed today after the close of the market.

The completion of the merger is subject to satisfaction of remaining conditions disclosed in the definitive proxy statement/prospectus filed by Disney with the Securities and Exchange Commission pursuant to Rule 424 on December 2, 2009.

May they have a long, happy life together...
Posted by Honor Hunter at 9:12 AM

I absolutely hate this. Disney isn't Disney anymore. It's just a corporation like GM or Apple. Screw it! I'm not a Disneyphile any more.

Were you just as upset when they bought Pixar?

Star Wars in the parks?

Indiana Jones in the parks?

Power Rangers? Ok, you got me on that one.

Disney has ALWAYS been a corporation.

Even under Walt. Too many people filter their view of the company and the man through layers of nostalgia that don't show you the reality.

This is no different than Warner owning DC Comics. Disney is going after the boy market because they don't like seeing movies with princesses in them. They like action. It's a smart move by Iger, just like his deal for Pixar. He knows what is needed and he's doing what has to be done.

It's ok to visit the Disney world, just don't live there, k?

You're right, this is no different than Warner owning DC comics. Which proves my point, see? Disney isn't special anymore. And yes it bothered me when Disney bought the Muppets. A more unneeded, unprofitable and irrelevant - PUPPETS? - bunch of characters can hardly be imagined. And why would a company that owns Pixar, which created the Incredibles, want with Spiderman? And Winnie the Pooh is different, it's a creation that Disney bought the rights to and then "plussed" Disney style, like 101 Dalmations and Mary Poppins. WTF can Disney do with the Muppets? If it changes them that'll suck, and if it doesn't change them that'll suck because THEY suck (Bohemian Rhapsody proves nothing. Mix any bunch of puppets up with a Queen song and it'll be funny). The Muppets Xmas special tanked TWICE n the ratings this year, so much for them. The Disney brand has been diluted and cheapened with these irrelevant acquisitions. AND THAT SUCKS.

I don't know if I fully agree with Anonymous above, but there is a legitimate question as to whether Marvel is a good fit for the Disney brand. To me, that question does not apply to Pixar or the Muppets. I think those two entities fit very well under the Disney label (arguably, Pixar was always a part of the Disney brand). Power Rangers, on the other hand, is a lousy fit for Disney. Lucasfilm? Yeah, I think Star Wars and Indiana Jones seem to be more of a natural match with Disney than Marvel, but maybe that's just me.