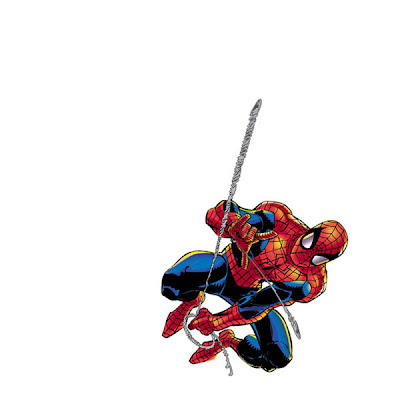 Well, Sony has made an interesting choice for their director of the next "Spider-Man" film...

As was rumored, Marc Webb will be behind the camera for the next Spider-M4n film. Webb is an interesting choice, but one that I can see doing a very good job of translating a young Web Slinger to the world. He showed that he was adept at handling the intricacies of young relationships with "500 Days of Summer" and now he'll get to do the same with Peter Parker and Gwen Stacy. Or Mary Jane if they continue down that route. I'd prefer them to start with Gwen since it's a reboot. But please, please don't let this be an origin film. We don't need to waste a half an hour of the film watching what we've seen before. And we don't need a reinterpretation of the Green Goblin either. There are plenty of villains for him to face without the retread of already used characters. Kraven would be a great choice, but not from that really crappy script that Sony commissioned originally for part 4. Please don't use that one. Please.

I look forward to seeing this film unfold and evole. Webb has a lot riding on this. If it fails, it'll make Sony pause before doing another one and the Mouse knows that the longer they wait between projects, the sooner Spidey will come home.

Is it too early to campaign for Joseph Gordon-Levitt as Peter Parker?

NO reason for a reboot. I honestly hope that the public bites them in the butt for this and that it fails.

I didn't know Kraven might have been in Spider-Man 4.. last I heard it was suppose to be Vulture and Black Cat/"Vultress" or whatever..
That would be a very interesting article, to see what might have been throughout Raimi's Spider-man and what should happen in Webb's.

I just recently saw 500 Days and I really liked it. Bodes well for Spidey. I'd love to see all the Spidey supporting cast in there (Flash, Betty, Gwen, Harry, Liz), or maybe everyone EXCEPT MJ, who they could introduce in a later film.
I agree they shouldn't do Gobbie. Maybe do like the Dark Knight and wait for part 3 or something and re-imagine the character.
Fat chance of them doing Vulture since that was one of the issues plaguing Spidey4. I'd like to see Kraven, Electro or Mysterio as the big bad. Maybe throw in the Rhino or some small-time Spidey villian that wouldn't be able to carry a full-on main antagonist role.

I also definitely agree on Joseph Gordon-Levitt for the Peter/Spidey part.

Gordon-Levitt is too old for the part; he's just slightly younger than Maguire. Apparently, the studio is looking at casting mostly unknowns (and probably younger actors in the case of Peter, Gwen, etc.)

Levitt, no I don't think so. I would cast an unknown. It works better. You cast Zac Efron as Spider-man, people will see Zac Efron, not Spider-Man. Look up the story of Superman. Christopher Reeves was an unknown and now he IS Superman. The best Superman. Redo the Green Goblin for the remake, he was way too cartoony in the movie. As far as Spider-Man goes, hire an unknown, it will work better for fans and people who don't read comics. Don't hire someone like Shia Lebeuaf or the guy from Twilight, that'll be the end of comic book movies as we know it, that's like electing the Abe Lincoln animatronic at Disneyland as President of the US.

I think they should do a spiderman show on ABC..