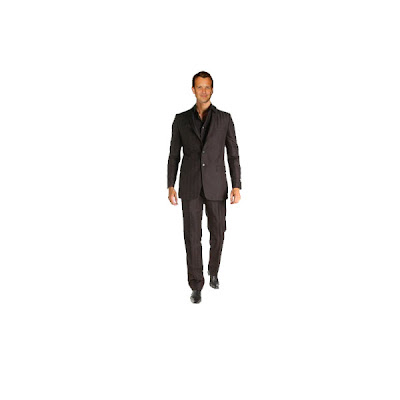 It appears the person that Ross wants to replace Oren is a familiar one...

At least if you've been following some Disney news of late. The producer of "Tron Legacy" and the upcoming remake of "The Black Hole," Sean Bailey is said to be Rich Ross' first choice. No word yet if he's accepted the offer, but I can say, from my perspective he's a good choice. I'd feel comfortable with him running production. He seems to know what is good for Disney and film geeks in general.

Bailey was also attached as producer on the shelved 20k prequel and several other projects at the Mouse. If Iger and Ross bag him it'll alleviate a great deal of concern about the new chairman of Walt Disney Studios lack of film experience. Now if we'd only get Ross to start buying up projects so we can get a better idea of his taste. Or lack thereof. Then we'd have a better assessment of the future of films from Disney and Touchstone from late 2011/early 2012... because that is the earliest we will see if his strategy is working.

It's official, Bailey gets the job. Here's the Mouse's press release:

"Building upon a strong foundation with the company, Sean brings great creative instincts and considerable filmmaking experience to his new role at The Walt Disney Studios. His close relationships throughout the creative community and industry at large make him an ideal leader to set the direction of TWDS' future film slates," said Ross. "Sean's talent, energy, and commitment to delivering quality content will help us achieve our goals of producing and distributing Disney-branded movies that entertain audiences worldwide."

"I am honored and thrilled to join a company with the history and tradition of The Walt Disney Studios," said Bailey. "Working with the strong team that has been assembled under Rich's leadership, I look forward to working with the Studios' impressive array of talented filmmakers to create entertaining, inspiring films that uphold the legacy and quality of classic Disney movies and capture the imagination of our global audiences."

Other executives will take on new assignments as part of the Studios' restructuring. Christine Cadena, currently Senior Vice President, Marketing, Synergy and Franchise Development, will become Senior Vice President, Multicultural Initiatives, leading all diversity and multicultural efforts. Michelle Sewell has been promoted to Senior Vice President, Global Publicity, overseeing the domestic and international publicity departments, and is responsible for formulating and executing worldwide publicity campaigns for all live-action and animated motion pictures. She will report to the head of marketing.

Cadena, Nicoletti and Trotta will report directly to Ross.

"I'm fortunate that I have been able to access the deep talent pool within the Studio and throughout The Walt Disney Company," said Ross.

In addition to the executive level changes, the Studio will also continue its reorganization of the workforce at Walt Disney Studios Home Entertainment.

"Our industry is evolving rapidly and in order to remain at its forefront, we are adapting our organization to be more agile, creative and responsive," said Ross.

Agree with you Honor. Would also like to see some movement with Lone Ranger and National Treasure 3.

Thanks. This makes me breath a little easier.