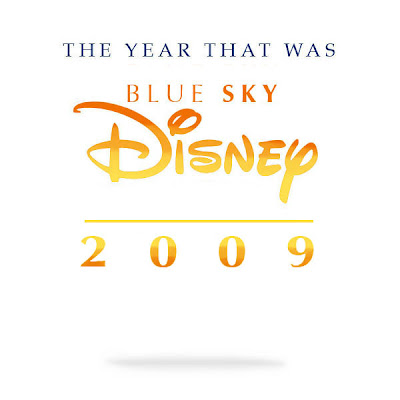 And closing out the coverage Blue Sky Disney has had, here are the highlights from the last few months of the year...

This was another update on the shorts program at the Mouse known as "Tick, Tock, No."

More coverage of the Marvel buy in "Conflicts of Interest" with my own personal bias.

Many people wondered "What Four Billion Buys" in the deal to buy that Little Comic Company and I showed them.

And then we focused on some problems that might come with the purchase in "Brand Confusion/Collusion."

The most beautiful theme park in the world had a birthday in "What Do You Get The Girl That Has Everything."

And Decadent Dave's favorite Blue Sky Disney subject, Star Wars, was the focus of this post on the coming Star Wars television show known as "A Long , Long Time Ahead In A Galaxy Too Far Away."

Thoughts as to what would be "Disney's First Marvel" property were talked about in this post.

A lot of news came out of the D23 Expo and Guillermo del Toro's new production company at Disney was mentioned in "DDDY."

The Star Tours attraction at Disneyland has needed some love for a long, long time and when it was announced that there would be "Star Tours: Episode Two," I couldn't of been happier. Well, at least about the Star Tours stuff, I mean.

The amount of detail at Tokyo DisneySEA is staggering and we offered up "The Hidden Sea" as proof.

Not everyone could attend the panel for "Imagineering Pixar for the Disney Parks" at D23 and YouTube helped be there. We brought you all the links in the "Luxolands" post.

"John Lasseter's Perception Conference" was covered at a D23 Expo press conference and again, thankfully, YouTube was there. And we were there for YouTube.

When we first heard of Dick Cook's firing we covered it in "The First/Last Keynote."

I've always wondered what a Pixar film would be like if it was hand-drawn and that was the subject of "New Lamp Shades, Old Lamps."

Some people thought that the "Tinker Bell" film that was released on DVD was a one shot, but there will be "Much More Pixie Dust" from the Disney Fairies.

We talked about the expansion of Honk Kong Disneyland in "The Intimate Prison."

And here's a collection of teaser poster art for the upcoming "Toy Story 3" in a post entitled "Character Counts."

Disney is in the process of revamping their stores and we mention it and a link to a story about it in "Steve Jobs' Fingerprints."

The new night time water show at Tokyo DisneySEA turned out to not be a clone of World of Color, but a clone of Disneyland's Fantasmic in "A Colorful Rumor/A Fantasmic Reality."

Yet another reflection of the Makeover of DCA in "The Reboot."

Two immensely talented Imagineers were fired from WDI sadly in "Leaving/Fleeing the Nest."

All the walls and confusion that the contruction in DCA has caused was the focus of this Blue Sky Buzz known as "The Coming Carnage & Chaos."

My favorite pulp creation "Doc Savage" is getting done, but not by Disney and I talked about it in "Shane's Savage Tales."

John Lasseter is beloved by me, but I understand that he's just a man and only human in "The Limits of Power."

The animated films from the Mouse were the focus of "Animated Road."

The magic that is Pixar was celebrated in "A Vacation From Reality, A Haven From Chaos."

Like my focus on comics that could be adapted into films, I decided we should focus on what games Disney could adapt into films. Good films, not the really bad adaptations we've seen in this post "Game On/Over."

Back over to animation, we went over one of the projects that has recently came back from development hell in "What made Joe Jump."

And that brings us up to December 2009. Last month. Which should still be fresh in your mind, but if it's not then click on the link and you can see everything that came out the last of this year on the blog. Whew. That was a lot of work. Not just all those posts, but this posts as well.

Let's all make sure to have a good start to a great year...
Posted by Honor Hunter at 12:56 AM