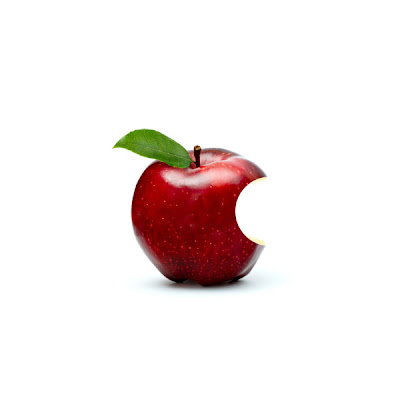 "If you annualize our quarterly revenue, it's surprising that Apple is now a $50+ billion company. The new products we are planning to release this year are very strong, starting this week with a major new product that we're really excited about." - Steve Jobs

Wow, I thought that Steve Job's "Reality Distortion Field" only applied to those attending his speeches...

It appears the whole company now. The current state of a very depressed economy has had absolutely no effect on the Little Fruit Company. It's as if the world outside doesn't have any sway on Cupertino. Would that all business were immune to the disasters of modern economics.

If you don't know what I'm blathering about then you didn't see Apple's quarterly statement being released yesterday. To say that it was very good would be a great understatement. Maybe akin to saying that "Avatar" has made a profit.

* A 100% year-over-year rise in iPhone sales and a 33% increase in Mac sales. Apple sold a record 8.7 million iPhones in the quarter. That's up 17.6% from the 7.4 million it sold in the previous quarter and twice what it sold during the same quarter a year ago. Part of the sales increase was due to the release of the device in China last quarter.

* Despite the economic problems, Apple sold 3.4 million Macs in the quarter.

* Although the company lowered prices for many of its products last quarter, it still managed to grow gross margin to 40.9%, up from 37.9% a year ago. Apple beat Wall Street's consensus forecast by over five percentage points.

And then there is that little event being held at ten in the morning tomorrow. A new device will be introduced and expectation is high that it will be a tablet (iSlate, iPad, iTablet, iDon't Know). Word is that the device is being positioned for entertainment purposes more than a business. Media (print and electronic) and games are said to be a primary focus of the device and Jobs is said to be extremely happy with the results. Steve is a very demanding CEO so if he's happy, I really am curious as to what this device will be/do. What will it be? A competitor of the current tablets or something going after a PSP?

We'll know by this time tomorrow...
Posted by Honor Hunter at 10:55 AM

Do you get a percentage of everything they sell, Honor? Or perhaps you're just a bitch to Steve Jobs chained to his desk in Cupertino.

Anybody remember Apple in 1996? Stock was $18 per share. The Apple Doomsday Clock was on 11:59 pm. Then Bill Gates saved them by diversifying Microsoft's investments and investing in Apple. Ironic that the company that stole from Apple made them the company they are today.

I'll start aknowledging Apple when they stop focusing on style and start focusing on quality. Or when they sell something for the common people and not businessmen and the rich.

If you think only rich people and businessmen only buy Apple you must be living in the ghetto. And as for quality, I don't have to deal with viruses and spyware and a crappy OS held together by constant patches and security flaws. But hey, if you like putting up with that kind of BS knock yourself out. It's your money, pal, and you get what you pay for. I'd rather buy one Mac that costs 3 times the price of a Dell and lasts for 6 years than buy a cheap-ass $400 PC every 6 months.

Gates didn't really save the company...

He actually fostered confindense that it would be around by investing a little more than a couple hundred million dollars in non-voting stock. That helped give investors enough support that everyone hung in with Apple. They were nowhere near going bankrupt, even in those dark days. They had two billion dollars in the bank so they could have hung around for a long while and languished. Steve Jobs took what he knew Apple was capable of and made it even more so.

And now look where they are...

I will NEVER return to Windows again.

The iphone is the worst thing that ever happened to mobile phones. It replaced functionality and features with slick design and marketing. Much like tennis shoes, people shop for phones based on style and ad campaigns over substance. When I had to replace my last phone with a "smart" phone I was shocked to find out how many fewer features were available on the new models compared to the phone I already had. Why reduce the features? They're benchmarking the iphone, and if Apple doesn't provide a feature the rest of the industry doesn't feel compelled to, either.

I disagree with the previous statement about the iPhone and its functionality. I find it's web browser to easily be the best web browser on a phone. It is extremely easy to use and navigate. I've tried other phone's browsers and found them to be incredibly frustrating and not worth the effort to try and browse a web page.

The Google Maps feature, e-mail, and voice mail features are all top rate. With a little help from IT it also syncs up with my corporate calendar system. I find that the iPhone has all of the features that I need as well as being enjoyable to use.

Macs on the other hand...

I will NEVER return to Apple again

The iPad is a joke. It's just a supersized ipod touch. I can do everything on that for less. AT&T data plan is a joke. And no announcement of multi-carriers for iphone. Apple=FAIL.

Steve, you'd better start looking for a new job. Your days as an Apple tool are over.

The announcement wasn't about iPhones, you'll have to wait till June for something along those lines, but if you look at the iPad you'll notice that it's unlocked. There were AT&T plans announced, but they're not exclusive; you can go with whoever you want.

I love my iTouch, though I wish it could use flashplayer. But I hate Macs. And the new iPad makes me think that all Apple is just after money, cnsidering it's the smae exact thing as an iTouch, but doesn't give you the privacy factor because it is so large.

Hate Macs? Really??? You know that the iPhone and Touch's OS is essentially the Mac OS, just slightly striped down.

So in essence, YOU use a Mac. Oh, the irony!

I'm a poor college student and I own a Mac!