The Earthquake That Will Never Be... 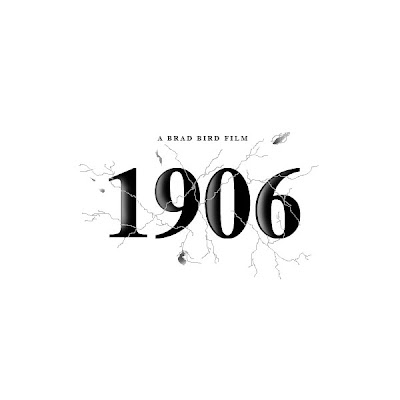 In 1906 an earthquake hit the city of San Fransisco that absolutely devastated the area beyond all recognition...

And Brad Bird was nowhere to be seen. Remember Brad Bird? He's the amazingly gifted director that has produced genius works like "The Iron Giant," "The Incredibles," and "Ratatouille." Bird's current project, one that he's been actively working on for the last two years is "1906." It's the project he was working on after The Incredibles when John Lasseter asked him to direct a film about a cooking rat. Out of respect for John he set it aside and began trying to rework Jan Pinkava's original concept into something filmable. After it was all over he went back to his passion project and he's been there ever since.

Time has kept ticking and it seems no closer to being made than before. There is no official start date. There is no studio approval from Warner or its Disney-Pixar partnership. Yes, the Mouse is involved, but Warner is the active partner in this. The budget and length of the script are said to be problems for the Suits that weld power over Brad's fate. And there is doubt that they will give it approval. Bird has turned in at least two drafts and is awaiting a decision. Several Bothans that I talked to are starting to express doubt that it'll ever come to pass. Not that it isn't a great script that would make a great film, but the length and size of the budget make some at Warner very nervous. Think of it as a project of "Titanic" proportions and yes I meant the innuendo.

And so Brad Bird waits. The question is how long will he wait if the Suits continue to have cold feet? He's already been away for two years. Will he try and get the studio to release the project if they turn him down? Perhaps he'll go back to Pixar and start working on another film (Incredibles 2, Ray Gunn)? Or move on to another live-action project? We don't know for sure, but if this film isn't in pre-production by the end of 2010, it most likely won't happen. Or at least won't happen anytime soon. And then we'll have to wonder what else Bird has up his sleeve. Does he have something else brewing as a back up? Another passion that awaits to be filmed. Live-action or animation, it doesn't matter to me because Brad Bird is a genius and I await anything he does. I don't care if it's this film about an earthquake or something else.

Either way, it'll be an earthquake to me to hear Brad is working on something...
Posted by Honor Hunter at 8:19 AM

I vote for Ray Gunn. Everyone wants to see a sequel to The Incredibles, but I want to see something original and the art from Gunn looks really cool. I say Pixar or Disney make Ray Gunn Bird's next film!

Hey thank you for all of the Film related news ans insights.

Do you have information on the Disneyland Resort expansion with special regard to DCA?

Thanks for all of your dedication,

Surely if the problem is Warner then that would only push him back towards Pixar?

Anywho.. I'm good for anything he decides to do next, whether it be live action or animation, 2D or CG, whatever he is feeling at the moment.

Would this be animated or live action? I would love to see this as a live action film - something along the lines of Sherlock Holmes as far as the period piece aspect of it.

Although the Suits may put a damper on his plans...

Ah that's a good point Anonymous. I suppose they might want to purposely avoid something with an earthquake at the moment, until certain wounds are healed or aren;t as painful.

Maybe it's best for Bird to keep this on, but move onto something else for the next few years.

I can see he's likely to be very disappointed about the progress of 1906.