The Best Of The First... 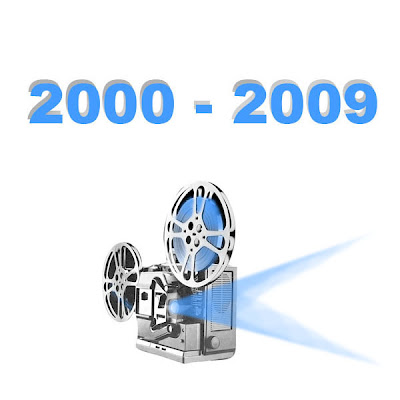 Of the first decade of the twenty-first century, that is...

I figured as long as everyone was making lists and I was doing the same, I'd list the top ten films of the last decade for me (2000 - 2009). Notice I said "for me." This is a list of what I liked and what was important to me and in my own opinion. Not what was the most "culturally relevant" or "critically praised" or even "cinematic statements." This is what Honor Hunter liked and what he/I felt were the most significant films to me. If you don't agree, so be it. Everyone has an opinion. Put it on your blog.

So, here is the list, starting in no order and no ranking: 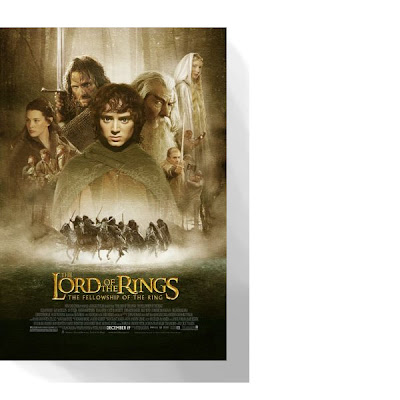 Lord of the Rings - In my opinion, the best trilogy of films ever made. As much as I love Star Wars, it has far more flaws than Peter Jackson's sweeping, poignant and epic adaptation of J.R.R. Tolkien's masterpiece. Although "The Fellowship of the Ring" is the best, they all hold up remarkably well. I personally prefer the special editions because you can never get enough Middle Earth, can you? 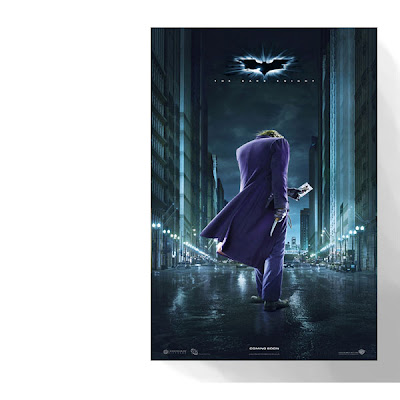 The Dark Knight - the brilliant realization of my favorite comic book character. An example of pop culture transcending art and rising above something that is just commercial. Christopher Nolan's brutal, raw telling of the madness a man goes through to save or destroy a city is chillingly intelligent, thought provoking and thrilling all at once. And again anytime you put it back in to watch. 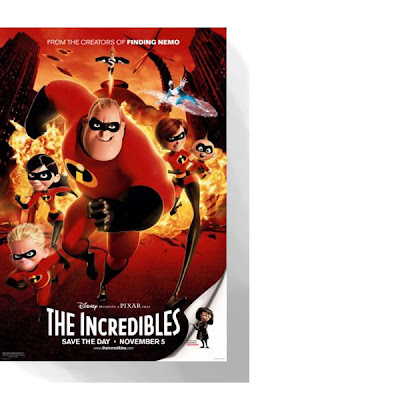 The Incredibles - Brad Bird's wonderful twist on superhero comics. He takes what could essentially be a parody of Fantastic Four and spins it around. What "Watchmen" does for the dark side of comics, this film did for the lighter side of that medium. The first ten minutes of this film has more heart and crafting of story than just about anything that came out over the entire decade. To watch Edna Mold go to work with Mr. Incredible was a wonderful joy. Each and every character was real, not a cardboard cutout like you'd find in a hundred other, horrid adaptations of the comics medium. 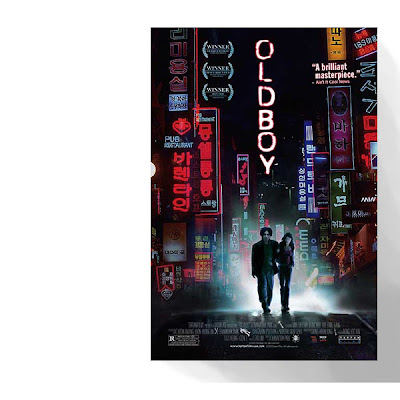 Oldboy - A truly, mind altering experience that is pure cinema. This is Chan-wook Park's brilliant adaption of a popular Japanese manga that is nothing less that stunning. The story of a man who is taken one night for his family, locked in a room for fifteen years and then suddenly let go so as to exact revenge on who did this. The film is incredibly well crafted and doesn't follow Hollywood convention. And the ending pays off, unlike most movies. 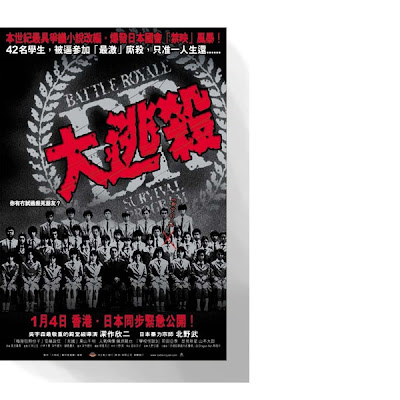 Battle Royale - An adaptation of Japanese novel by Koushun Takami. This one set in an alternate reality where a group of school kids are kidnapped and sent to an island where they have to fight and kill each other to survive till the end of a brutal indoctrination called The Program. Kinji Fukasaku's adaption is primal and tragic all at once while still gripping you till the end to see what happens and who survives. Not for the faint of heart, but filled with the emotion of the heart. 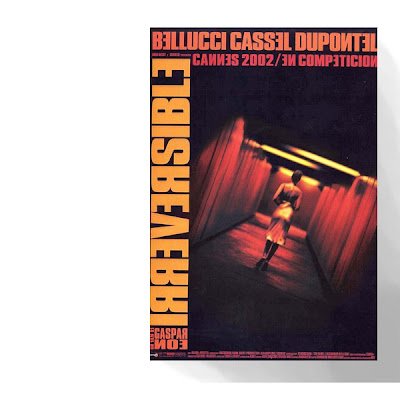 Irréversible - Gaspar Noé's film about the repercussions of violence and what happens when we lose control of what makes us human and what makes us civilized. The most brilliant part of it is that it's told in reverse. From the closing credits we see the devastation of something horrible and the story unfolds literally in reverse. The film moves all the way backward with you realizing each moment how everything before has affected the characters. When the end/beginning happens the realization of how precious those moments of life come into perspective and the decisions we make seem far more important... and sadly, irreversible. 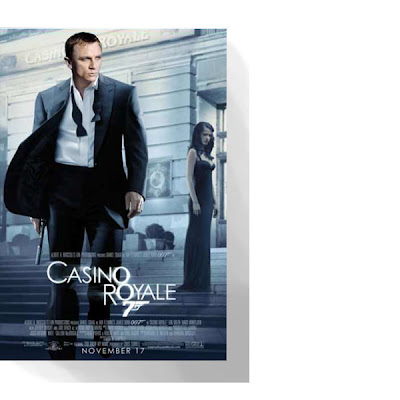 Casino Royale - the bold rebooting of the Bond franchise that takes Ian Fleming's secret agent back to where he all started. Based on the first novel about the character, which has never been done justice, the film has an incredibly adult and intelligent script and is told in such a more realistic style than most of the Bond films of the last couple decades. Daniel Craig IS Bond. The best one since Connery... actually the only one since him. All others are pale imitations, only pale shadows. 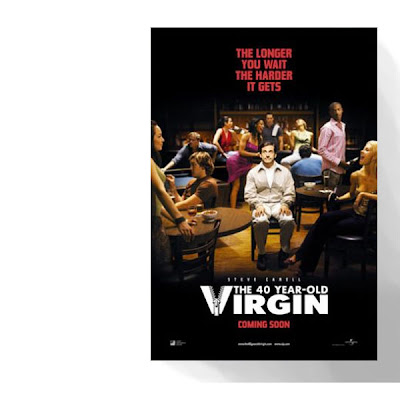 The 40 Year Old Virgin - The Judd Apatow comedy that is vulgar, crass and genuine. A film that I didn't want to see. It just didn't appeal to me, from the poster to the preview. And then the reviews came in and my friends saw it. I always trust their taste, since it's similar to mine. After seeing it, I was amazed. It may sound strange to some, but I felt it could have been up for Best Picture that year. Not every film that's nominated needs to be a serious drama or action film. A film of this delicate humor is just as difficult to make as a period piece or a sweeping historical epic. Steve Carell is all at once honest and sincere in his portrayal of an awkward, lovable man that just can't seem to grow up. 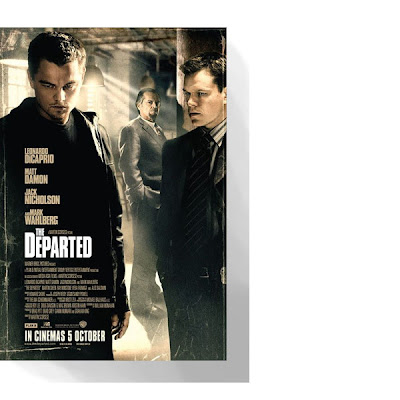 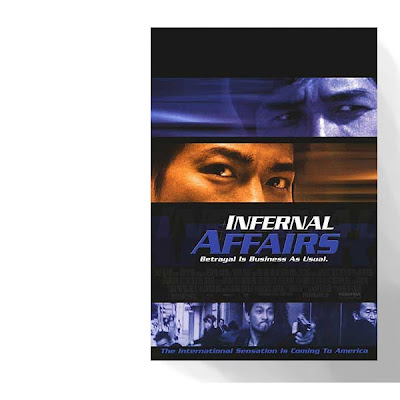 The Departed/Infernal Affairs - Martin Scorsese's American adaptation of the intense Infernal Affairs is just as great. Both films follow the seedy side of the underbelly of the crime world. The Chinese version (whose actual name translates to "The Non-Stop Path") follows a cop trying to penetrate a criminal organization in Hong Kong instead of Scorsese's Boston. Both are engrossing tales of human loss and destruction that are compelling on a larger human canvas. If you haven't seen the original, I highly recommend it. 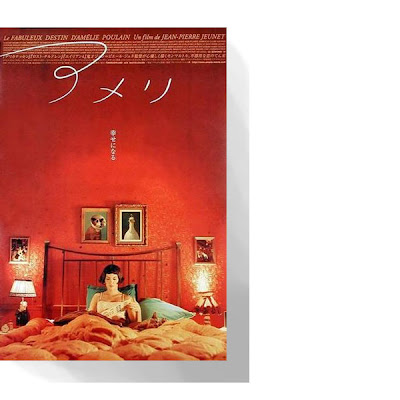 Amélie - Jean-Pierre Jeunet's sweet, innocent take on love and life for a young Parisian girl and all the thing she does to help others as she travels through life living/loving/experiencing. A truly joyful take on growing up, falling in love and looking at life through the prism of such a sweet, angelic perspective. And as with any film by Jeunet, a visual feast. The camera is a glorious paintbrush in his hands. Great film for lovers or lovers of film. 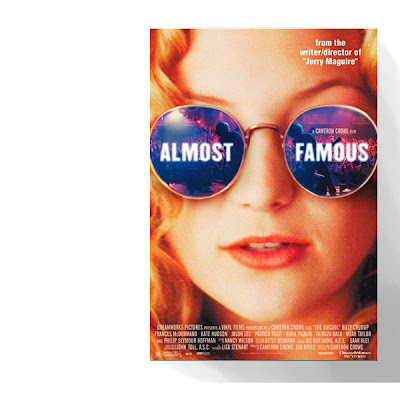 Almost Famous - Cameron Crowe's lyrical tribute to his childhood. A wonderful coming of age story in a time not of innocence, but naivete and excess. The semi-autobiographical tale of a young kid that goes on the road with a rock band to document their tour for Rolling Stone magazine is a love letter to rock & roll in all its sweet and sad aspects. The characters are all too real and the story is a joy to just sit back and watch... oh, and the music ain't too bad either.

And now on to the next decade of films...
Posted by Honor Hunter at 6:43 AM

You really like to use the word brilliant, don't you?

What word for something that's brilliant would you want him to use instead?

In that entire article he only used the word three times, btw. I think you're overly critical of him. Or maybe you just don't like the films he mentioned? In that case, as Honor said, put your list on your own blog.

I agree with most of your picks, Honor. Especially, Casino Royale. Craig is great as Bond and much better than Roger Moore Jr. aka: Pierce Brosnan. Never seen Battle Royale though. Anyone else here seen it?

Great minds, Honor. I posted my list on the same day. A few similarities, and I absolutely agree with you that FOTR is the best of the LOTR films.
http://greendoopey.blogspot.com/

The Lord of the Rings trilogy is my top film(s) for the 2000s. Some of my favorite films. Two Towers is at least as good as fellowship, if not better. The opening battle of Gandalf vs. the Balrog sewed that up for me. How well it married the first two movies . . . it was just great. And, unlike many purists, I loved the end of ROTK. "My friends, you bow to no one." Jackson struck the perfect note there, and purists . . . well, they are who they are.

The Incredibles would be right after LOTR for me. Then, we diverge--I'd put something like Matrix Reloaded on my list (which most people wouldn't), while I'm not sure Oldboy would make my top 100 (although, I saw it only after years of hype, so I suppose it's hard not to be disappointed). Loved many of the movies--Dark Knight, Amelie--but I'd put Memento before Dark Night, and I'm not sure I'd pick Amelie, or the 40 Year Old Virgin--I'm trying to think if there is a comedy I'd pick as a top 10 for the 2000s, and I'm having trouble, while my 70s list would include Airplane! and 1941.

I'd include Harry Potter, if I could include every movie in the series as one unit. ;)

I'd also probably put Perfume: The Story of a Murderer on my top 10 for the 2000s. So, I'm an oddball. You're list is probably a list more representative of the general public.

I'm partial to THE TWO TOWERS of that trilogy, but I have to agree that it's the best three movies I've ever seen, and I'd have to put them at the top of any favorites list, no matter what the time frame.