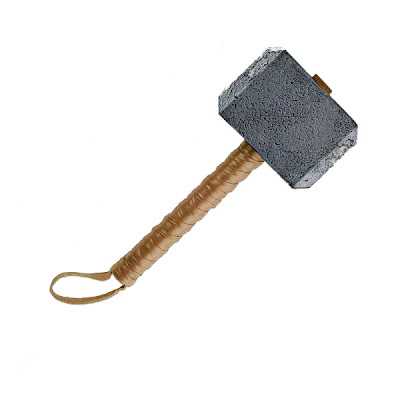 I forgot about this...

Today, principal photography began on Marvel Studios film adaptation of the comic character "Thor." Kenneth Branagh enters the world of geekdom today and will hopefully be worshipped alongside such heroes as Bryan Singer and Jon Favreau after we watch it on the silver screen. I'm rooting for him. I know it's not the script I read, but I'm trusting that Marvel knows how to treat their characters far better than the studio suits of the past. Particularly the ones in charge of Thor's last incarnation alongside the Incredible Hulk back in the 80's. Truly horrible, but not as bad as the Captain America of the 70's. Amazing how far comics have come over the past couple of decades, isn't it?

By the beard of Odin this sounds exciting...
Posted by Honor Hunter at 6:02 PM

Hilarious that Stuart Townsend left the project due to "Creative Differences" the same excuse that he used after leaving the role of Aragorn in Lord of the Rings.

Kenneth Branagh will do a good job on this one.

As much as I like the first two "X-Men" films, Bryan Singer managed to kill two comic franchises when he left "X3" to go make "Superman Returns." So he's not exactly a hero to most geeks.

I marvel at this development.
(Sorry, couldn't resist)