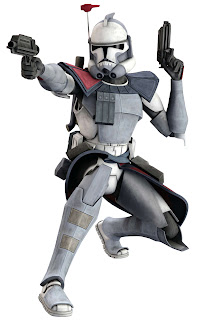 The Prequels were not the high point in the Star Wars universe...

"The Phantom Menace" was a highly anticipated film that wound up being a devastatingly bad start to a trip back into the Star Wars galaxy.  Many people have speculated about what went wrong and what could have been fixed and countless what if's.  One of the best Episode One "what if's" was by Belated Media.

Well, they're back with a continuation of those "what if's" on Episode Two, and just like their first one, they're spot on again.  It would have been great if a Suit or someone with his ear had the same taste as that guy.  And the bigger obstacle: getting George to listen.  The films we deserved, we might have actually seen.

Now, we dream and wait for their interpretation on Episode Three...
Posted by Honor Hunter at 2:20 PM

all those people complaining about the prequels are nuts...the prequels where great...the nerds that complaining all the time need to check those movies again and see how much cool things r in it...

For me, the way to "fix" Episodes I through III, would be to have all three edited down into 1, very depressing, yet fast paced, three hour prequel.