How Much Does Pooh Cost? 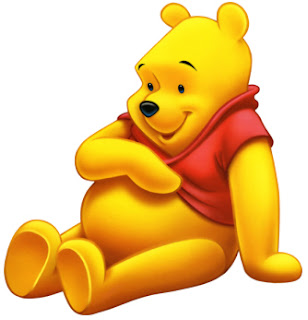 Funny way to begin my first article back, huh?

I thought with all the talk of new rides that the resorts could be getting we could get a little perspective by focusing on some of the rides that the Imagineers have done over the past decade and how much they've cost in comparison to each other.

Everyone's been talking about the new "Finding Nemo Sub Ride" and how it cost a large amount. I've even seen some people say that it cost $170 million dollars. Now, I don't have the exact number... but it's not nearly that much. Let's just say it's more than a $100 million but less than that figure. This is a large amount, but is it the most Disney's paid for a ride?

Some of my contacts have mentioned that "Mission: Space" would take that prize. Imagineers blew through a good amount of cash to bring that thing to life. The numbers I've seen approached a cool quarter of a billion dollars for that ride. Some people don't think the Mouse got his money's worth.

Then there's DAK's own "Expedition Everest" which was about fifty million behind the "M:Space" price tag. And if you've ever been to Animal Kingdom you'll see why it cost so much. It's a stunning addition to the park.

One way that WDI has generated a lot of money for itself is by building the rides for our friends over in Tokyo. Yes, the Oriental Land Company has forked out a lot of moolah for the attractions it puts in both parks for their guest. The one that is a true wonder is the ride that opened up in September of 2000 in Tokyo Disneyland.

This is Tokyo Disneyland's most popular attraction. And if you've ever had the chance to ride it you'd probably agree... especially if you had ridden the one in WDW or Disneyland first. Cause if you had done that you would know how royally shafted certain Disney feel after riding it. Now while the Pooh ride we have here in Disneyland, and to a lesser degree in WDW is a cute, little children's ride, it's a world away(literally and figuratively) from the one in Tokyo Disneyland.

There are no static statues with minimal theming there. Everything is alive and totally believable. It feels as if you've fallen into the 100 acre woods and everything is just beautiful eye candy. The rickety track system we have here is nothing like what carries you through your journey in Honey Hunt. You travel in GPS controlled Honey Pots that move independently with no track to be found. The entire experience is truly enchanting and state of the art. It's no wonder that this ride usually has at least a two hour wait to get on it. And this is over six years after it opened.

So what did something this marvelous cost? Even more interesting... what did ours cost in comparison? Well the Winnie The Pooh ride at Disneyland was around 30 million. WDW was done for a comparable price... but Tokyo's Pooh? Would you believe close to 200 million? The actual price that the Oriental Land Company quotes is a little over a hundred million. But this cost is deceiving because it doesn't disclose the development cost that OLC was charged by WDI. The final total was quite close to double the price they said it was.

This is not an uncommon thing for Tokyo Disney Resort. Our very own "Monster's Inc." ride cost around $30 million. And the way it was able to come in at that figure was the reuse of several characters from "Superstar Limo" and following the same track as the old ride. Now while this may sound like a good deal of money, a majority of that money was eaten up in expenses that didn't wind up making it into the ride. As wonderful as WDI is, they've been incredibly quick to burn through the cash on several rides. Tokyo's "Monster's Inc." ride will be much closer to DCA's own "Midway Mania" and will cost $90 million.

Now does this mean we hear in America are continually getting the shaft? Not really. It just highlights the difference in management a decade ago compared with the relatively new management under Uncle John. Under the guidance of Pressler during the late 90's there was a mentality of not only controlling budgets, but controlling the creativity. The Oriental Land Company has always paid top dollar for it's attractions and remember that they are THEIR attractions. Disney doesn't own the parks or land there. They simply get a percentage of the parks revenue and merchandising sales. The Imagineers at WDI were allowed, even encouraged to go all out on TDR rides since it wasn't paying for them and Eisner could have them charge extremely high fees. The great thing that this did for the Imagineers is that it presented a great laboratory for developing technologies for future rides whereby OLC payed for the research.

The good news now is that under Uncle John's leadership, WDI is now embarking on the process of taking this research that OLC paid for and applying it to the new rides that will be coming stateside over the next decade. WDW and DL will get several examples of this although DCA will get the lion's share of these attractions. With the reorganization of WDI almost settled it appears that the days of modest, little rides with very little attention to detail has ended. The new rides that are being proposed are not in the $30 million dollar range. There are several "C" and "D" tickets within this price structure, but most of the "E" tickets that have been proposed are much closer in scope to OLC's attractions... in design, theming and budget. It looks like Lasseter's first statement made in Glendale wasn't just hollow words:

Even better news for us Disney fans...

It's going to be a great time to be a Disney fan.

Where can I find pictures from Pooh's Honey Hunt?
Thnx from Vienna

I, too, have felt very cheated over the years when you see the different rides and attractions that have ended up in Tokyo. I cringe when I think that we could have had Tokyo DisneySea instead of Disney's California Adventure.

But, time's they are a-changin'!

I wish they would do that in the MK.The one there is just so plan.I have rode it and I wish that they would put back Mr. Toad's wide ride but it's long gone,and now well we all know Pooh is there.

Sorry pal, Everest cost more than 200 million. But if the world knew that, people would think Disney overpaid.