The Blessing Of A Curse (Theme parks)... 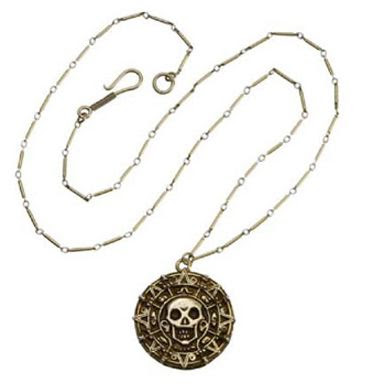 It's funny how life works.

I mean sometimes we expect something and when it doesn't happen we feel it's the end of the world. Or sometimes we focus on the negative things that have happened to us. And later down the line we realize that what happened helped us.

That is what has happened to the Walt Disney Company.

Well, if you examine the administration of Michael Eisner you can see a disturbing trend. If you look at the majority of the first decade he ran the company it was a very positive run. With the exception of a few things(ahem, Port Disney... ahem, WestCot) it was a very successful and smartly ran period. I've mentioned it before, but in 1994 when Frank Wells died in that helicopter crash the whole Disney world changed. Eisner lost his balance... the yin to his yang was gone. Wells was the counter-balance to Eisner. To paraphrase Jerry Maguire... he completed Eisner. With him gone the ego that was kept in check was let loose and we had the second half of Eisner reign. The one that turned out to be utterly disastrous.

Think about what would have happened had DCA been a success. What would have been the response had WDS been a roaring success in Paris. How Hong Kong would have responded had HKDL had unbelievably high attendance.

What would have happened?

Those parks would have shown Eisner the way for the future of the Mouse House. We'd be looking at Micro-Parks. Bland, unthemed parks would have become the norm for Disney. We wouldn't likely have a new park coming or an incredibly large makeover of DCA.

Instead we have a track record over the past decade of how NOT to construct a theme park. Now, since Disney has been designing these parks for over 40 years you would have thought they would have known better. Hubris can affect companies as well as people. Sometimes it's good to get their attitude adjusted. Eisner and his collection of Suits had their egos cut down closer to size. Maybe not down to where they belong, but closer to the point where they realized they had made a tragic error in judgment. The Suits thought that taking Knotts/Six Flaggs Land and slapping the Disney name on it was enough to bring people in droves. It didn't happen and they learned... more importantly, the stock holders learned. They finally realized the damaged Eisner had done to the company over the last decade.

It was painful. But it was necessary... Where do you think we would be today had this not happened.

Would we be getting the incredible reboot of DCA?

Would we be seeing WDI drawing up proposals to turn WDS into a much better park?

Would we be seeing the expansion ideas that are on the drawing boards for HKDL?

Would we be seeing the reworking and eventual growth of WDW that is supposed to happen in a few years?

No, we wouldn't. And I know it would have been nice that we could have avoided this painful chapter in a company we all love. But sometimes you have to go through the fire to realize what you have and where you're going. Sometimes you can't see what is in front of you. Sometimes you don't believe what is most obvious. Sometimes you feel you can do no wrong. As humans we fail all the time. Michael Eisner felt he could do no wrong... and he was wrong. But now that we're on the other side of it...

Don't you feel the Walt Disney Company is a better place? It's management is better. It realizes what went wrong in the past. It will try not make those mistakes in the future. Growing pains are not comfortable, but sometimes they are necessary. The next decade could be a Golden Age for Disney and its fan base. Hopefully Bob Iger will have the wisdom to avoid Eisner's mistakes... or at least most of the mistakes. He's not perfect of course.

After all, he's only human.
Posted by Honor Hunter at 5:09 AM

Thanks for this. I am really ooking forward to the coming years. I enjoyed DCA, but it needs work. HKDL has a good foundation, but it needs substance. And WDS is getting there slowly - Toon Studios and High School Musical is a great start. ToT and Stitch will continue to push it in the right direction. And I am hearing word of a possible 2 new attractions in DLP and 3 in WDS if the finances sack up right. Any word?

Good column, but Honor, aren't you now taking a different position than you were back on that "The Success of Failure" piece?

In that column you said it was sad that some in the company were rooting for Lasseter's failure.

Now aren't you essentially playing the role of someone, circa 2002, rooting for DCA's failure?

In both cases you have people who want the Disney company to succeed, but when these people are denied the authority to run it their way, they hope those with the authority fail.

I'm not saying I wish DCA, WDS & and HKDL were smashes right out from the get go. I too want to see high quality succeed and low quality fail. But I recognize that's my bias.

And the point of your "Success of Failure" (and many others) is about avoiding negativity and staying positive.

If you really believe that, put yourself back in 2002, and tell me, who would you be supporting in discussion threads? Al "Look at these horrible numbers for DCA" Lutz? Or Cynthia "Give DCA 10 years and everything will be fine" Harris?

Actually no... as I said, it would have been great if Eisner hadn't made the mistakes he did and we got a great Second Gate.

But sometimes we don't get what we want and in the end it turns out for the better.

I'm not taking on the role of someone that wishes for Disney to fail... simply someone who realizes that sometimes you have to fail to realize what you are doing wrong. I wish that weren't the case... but human beings are like that.

I do appreciate the passion you have for the Disney Compamy; whether it is the animation division that is struggling to stand upright again or the theme parks that are trying to discover who they are or where they are going. You definitely have the pulse of the company and I am glad that someone is talking about it.

Thanks for your response! I'm still thinking the "other side" could have said the exact same thing back in the day ("It would have been great if EuroDisney would have been successful, but fortunately it wasn't and now we're learning from our mistakes and we're going to go cheaper. Unfortunately, some people don't want to learn from our mistakes and they want to see our cheaper parks fail.")

But, I must admit, I don't see what's going on in the Disney company, so I don't know who is being petty and who isn't. And so I defer to you on the topic.

Thanks for the great site! It's one of my favorites!

When DCA was being built and the construction could practically be watched online, I said to myself then "I hope this park is a colossal failure...if it succeeds Pressler and Eisner will pat themselves on the back and we will get more of the same."

The reality is...those "dark" times should have never happened to begin with...but they did..and the then managament realized "hey people arent as dumb as we think...they wont flock to a lame them park just because it has Disney in the title"..

I remember standing in line for the movie portion of the One Man's Dream attraction at D-MGM...on one side of the room was the fortress model from TDS and on the other was the model of Paradise Pier...day and night and really kind of embrassing...like putting a Happy Meal across from a filet mignon..

Here's to the future!

The beauty of colossal failures is that if properly recognized and analyzed, you can gain an understanding in what DOESN'T work.

That is why hospitals have M&M meetings after something goes wrong. So you can learn from it and hopefully not do it again

Thank you for your well written article!

It almost seems like a response to my comment (posted under the name "The Truth" to Monday's article on HKDL.

While this article is well written and makes great points, it seems to me that they have already learned some of DCA's "lessons" you listed in other Theme Parks like Epcot and Disney-MGM Studios. Because of this, I, like many other people were frustrated by Eisner's and the company's foolish choice to build DCA on the cheap, REPEATING all of the mistakes they had already learned from. Because of that Disney is now forced to make a bunch of costly fixes to DCA after it's been built. THAT is why DCA is a failure.

Also, if Six Flags had built DCA, it would have been an amazing success for that company judging by the other AMUSEMENT parks they have produced. But for Disney to build DCA, after building so many amazing THEME parks, DCA is almost an insult to everything WDI has ever done.

While cosmetic changes can be made to some of DCA's existing buildings, even $1 billion cannot fix the park's huge problems with sightlines, general layout, and theme.

To fix DCA's biggest problems (in my opinion) would require huge changes in the park's layout. Hopefully the newly appointed Imagineers working on the various projects you and Al have mentioned will be able to make some positive changes, but I doubt they can do much without almost starting over.

I wait excitedly and optimistically towards seeing what Disney does to fix DCA, and towards reading your next article!
(I read this site daily anyway :-)