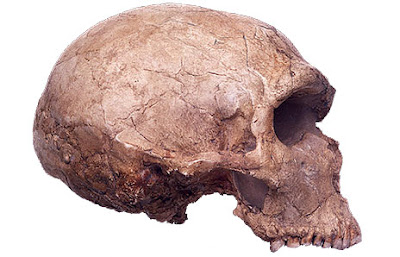 On January, 24th 2006 the entertainment and business world thought that Disney had done what they had to do to save Disney animation.

What Bob Iger had done was far, far more ambitious.

When the Walt Disney Company bought Pixar it wasn't just buying the animation company. It was banking on it's stable of talented directors and story people. It was telling John Lasseter and his crew that the Mouse was going to back the things they wanted to do... and to do so without Suits intervening.

It was going to trust the talent.

Not that it was being foolish. Pixar did have an impressive track record. But in doing this deal, Iger had even bigger plans. Plans for the animation unit, the film unit and the parks as well. I'm sure he didn't intend certain things to have happened, but he's adapted along the way. With each day the influence of John Lasseter becomes more of a presence. Along with him, behind the scenes we've seen the steady influence of Steve Jobs over the course the company has made as well. His effect on the board is an example of the track record he's had with Pixar and his little fruit company. Though everyone hasn't noticed it Apple has had a underlying effect on the Mouse House. Iger has a superstar executive on the Board in Jobs and a superstar executive inside the company with Lasseter. The parallels between Apple and NeXT Computers are striking. Just like NeXT came in and virtually took over Apple's business... Pixar seems to be doing the same with the inner workings of Disney. Now this doesn't mean we'll be seeing Jobs take over from Iger. I think he's going to be a "Kingmaker" at Disney more than he is a king, but he will have a behind the scenes affect on what happens in the forthcoming future. We'll have more about Jobs in a future post.

So if Jobs is the Kingmaker and Iger is the King, then what does that make Uncle John? The heroic Prince of course... I can see the negative Nabobs rolling their eyes at that. But I don't mean it as a Pollyannish metaphor, only as a fairy tale analogy for a company built on fantasy.

Now as to how this is more than just about animation I must first address that subject. The basic deal that Iger made was for animation. He knew that to bring the company back to it's glory days, he'd have to not only offer Lasseter the head of animation title but something else. This was the offering of carrots. The big carrot was putting Uncle John in charge of Imagineering. Iger was originally intending on him having just an advisory role, but Lasseter has essentially made WDI run under his control through the power of his success the way he's done the same with Jay Rasulo. Slowly we've seen all of the animation the company does fall under his sway so that he can keep a tight control over how the companies properties are dealt with. The only exception is the Disney Television animation unit, which will have a peaceful existence with Uncle John so long as it's not going to step on his territory(read: DisneyToons' Tinkerbell situation). But because of Lasseter's position in the company, you can bet that they'll run certain things by him so as to not provoke a situation.

The other deal that Iger made with Lasseter and Jobs was to let Pixar be an autonomous unit which essentially funds it's own projects and answers to Lasseter and no one else unless the studio starts to have some sort of financial problems. A highly unlikely proposition in the near future, I believe. But in giving Lasseter the power over Pixar and Disney, Iger is letting Lasseter spread his seed through the rest of the company in the hopes that Pixar's success will spread over into other divisions.

With Pixar in this position, it will undoubtedly evolve. The way that Pixar is evolving is in the same way that Walt Disney Productions evolved as Walt got more and more powerful and had more money on which to risk his ideas. After silent shorts, Disney moved into sound shorts, then color, then animated features... and then live action features before going into theme parks. All along the way making a mint merchandising his creations.

Now Pixar already makes shorts... it already has the power of Disney to merchandise it's products and the parks are filled with rides based on it's films. Earlier in the year everyone read that article that talked about Brad Bird's next film and how it would be live action. Then there are the rumors that Andrew Stanton's involvement in the "Princess Of Mars" live action film that Pixar is making. And these are not the only ones that Pixar is developing for its live action slate.

By the end of this decade we'll start to see the fruits of this evolving as Pixar becomes a studio that makes live action as well as animation. It will be a company that defines itself by the stories it tells, not that they are in animation. And that credit on the posters for "1906" or "Princess Of Mars" that says: "Executive Producer John Lasseter"... well, it's going to continue to grow. Pixar is on a path where within a decade we could see it have its own slate of films just like Walt Disney Pictures, Touchstone Pictures and Miramax Pictures. It has the potential to become another brand for the Mouse, not just an animation brand but a fully developed brand.

And Uncle John's title as "Executive Producer" will continue to grow. It will expand beyond the walls of Pixar as the films of Walt Disney Animation Studios go... so does his influence over other films. I would be surprised if we didn't see his name on several live action movies from Walt Disney Pictures or even Touchstone in the future.

Some people don't believe in evolution, that it's make-believe. Up in Emeryville, they're taking advantage of the fact that they create make-believe to move forward evolution. The Walt Disney Company we know today will be vastly different place come the next decade... but that's expected. Everything changes. Everything evolves. So long as it's for the better, change is good. It provides us with new worlds of wonder to explore. So all I say to Iger, Jobs and Lasseter...

Surprise me.
Posted by Honor Hunter at 7:18 AM

Question: where is Don Hahn in all of this? I know he was head of DAS during the transition (while it was still WDFA), but his name hasn't shown up on much of a credit in IMDB since then. Is he still with the company with a role in DAS under Catmull?

RIght now Don is on a planned sabbatical that he announced earlier in the year. It's unknown as to when he will return. He's one of the nicest guys you'll ever meet. Hopefully his break will not turn into a break up... I haven't heard of any tension between him and Lasseter or Catmull.

It is nice to see someone with such an inherent feel for what is going on within the Walt Disney Company.

I believe the word is "effect" not "affect" in every instance in this essay.

(Sorry to be your high school English teacher, but your intent is compromised if you don't look like you can manage simple mechanics.)