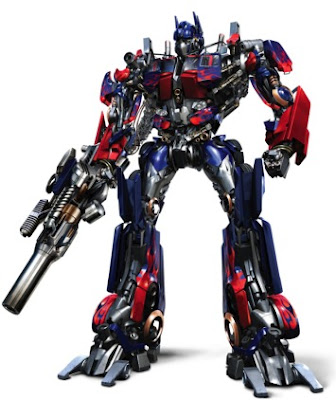 On this weekend "Pirates of the Caribbean: At World's End" passed "Spiderman 3" in total box office receipts with Pirates collecting $904,658,000 combined domestic and foreign versus Spidey's $880,233,002 total. I was wondering if it would be able to pull this off until last week when I noticed the numbers creeping up there. Despite being approximately 30 million behind in domestic box office, the foreign total of the Johnny Depp actioner has more than made up for it.

Now the test comes this week when "Transformers" opens up. This is the only movie that has the potential now to upset Pirates as the reigning champ of theaters in 2007. It's tracking off the charts right now. We'll see if Michael Bay's film scores an upset. Of course, we'll see how it affects "Ratatouille as well.

And speaking of the dirty, little Rat...

Brad Bird's latest opened up with 47 million which was a major disappointment to some. It's a solid if not sturdy opening, but not up there with other Pixar films. That said, it's probably the best reviewed movie of the year and better than any Pixar film save for "The Incredibles" and the "Toy Story" movies. Word of mouth will play a key factor in what happens over the next week or so. I'm going to see it again with friends later this week when I arrive back in California. If you haven't seen it... go and buy a ticket, you'll be entertained and charmed by this amazing, little film.
Posted by Honor Hunter at 7:09 AM