The Walt Disney Company will be have the traveling shows set up around at shopping malls across the country to give people a glimpse into the future of entertainment. The format that Disney and every other studio except one has chosen as it's preferred format to succeed DVDs is Blu-Ray for those that don't know.

Blu-Ray is one of two formats competing for dominance of your non-downloaded entertainment. It was created by Sony and can hold 25 gigabytes in single layer, 50 gigabytes in dual layer per side... so one disc could hold 100 gigabytes each if it's double sided. Now compare that to DVDs which can hold approximately 5 gigabytes. Sony's Playstation 3 just so happens to use Blu-Ray, btw and most Blu-Ray machines are backward compatible... which for you technophobes means you can still play your DVDs in it. The other format is HD-DVD, created by Toshiba which can hold 15 gigabytes and 30 gigabytes respectively.

So Disney is sending out traveling salesman, 21st century style, to spread the word about how it's going to put out it's product in the future. There will be video games, posters, interactive displays and a mini-movie theater to show what Blu-Ray is. Versions of Disney animated hits like "Cars" and "Meet the Robinsons", and gamers can play the Liar's Dice game from the Blu-ray edition of "Pirates of the Caribbean: Dead Man's Chest". No word as to when "Monster's Inc." will be out in Blu-Ray, but it along with Disney's entire line will slowly make its way to the new format. The tour will be going to 18 malls for 3 day stays each and is sponsored by Panasonic. 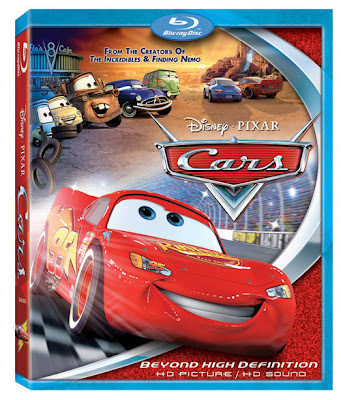 Bob Iger and Disney are determined to get the public to see the benefits of this technology it'll be interesting to see how quickly it's adopted. Of note is that the differing camps for each format... Apple for example has chosen to use Blu-Ray while Microsoft has settled on HD-DVD. It's Beta vs. VHS all over again... the Mouse and many others have bet on Blu-Ray. We won't know the winner for another 3 to 5 years. Hopefully Disney has bet on the right horse... errr, format.
Posted by Honor Hunter at 7:27 AM

I hope they have NOT chosen the right format, in the past Disney has always chosen the least friendly format. Being an owner of both Blu-ray and HD DVD, consumers are really better served by HD DVD and I really hope that Disney sees the light. BUT, just like when DVD came out Disney chose the consumer unfriendly version called DIVX, Disney has chosen the more expense and least consumer friendly version again. Only time will tell if they made a good decision or as in the past, they will adopt the better format.