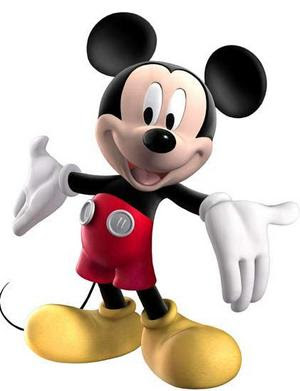 There's been a great deal of chatter out there about the last Blue Sky Alert we had. I've gotten some e-mails from people asking about Hong Kong Disneyland and rumors that it will wind up taking the money that was allotted for DCA. Well, I've talked to a couple friends at WDI. The answer Disneyland fans are wondering about it...

No as in... no, HKDL won't be taking money that was intended for DCA. Both resorts have problems that need addressing but the budgets for each are separate. There will be no "robbing Peter to pay Paul" to make these parks the vacation destinations they need to be. Like I said in my last update, DCA's proposed expansion is a large amount of money. It won't get that amount, but it'll get most of it. Hong Kong's situation has nothing to do with it... as far as my sources know. In addition to that budget there is a separate budget planned for the new hotels, retheming of current hotels and expansion of the Downtown Disney shopping district. It's a great deal of money when you add up the DCA's expansion along with the entire Resort's expansion... but remember, this will be over a decade and the cost will be divided accordingly. Now that that question is answered let's focus on the Hong Kong Resort.

There is a great deal of discussion within Team Disney's offices as to the problem we all know exist at Disney's newest Magic Kingdom model. Trust me folks, Bob Iger knows it has problems... and luckily, Uncle John does too. Iger wants to expand the Park and tap that growing Asian market in China. But he's not planning on taking away the prizes that are supposed to go into California Adventure.

So what does he plan?

Well, right off the bat what we've talked about in a previous HKDL post of course. Right now the Park is really a half-day park. After visiting the theme park you can really just go back to your hotel room and do... whatever you do in hotel rooms. The first part of his plan is to remedy that and give visitors lots more options when visiting the Resort.

A Hong Kong version of Downtown Disney should be the first thing that gets started next year. Expanding the things guest can do is the first priority of the company. This is being done as a way to get more people to stay in the hotel(to spend money) and visit the park(to spend money) and shop and eat at the new retail complex(to spend money) and attend the various entertainment that's being planned. If these plans go forward the DD project could see preliminary work in early 2008 for a completion around late 2009 or early 2010. Of course I have to always state that this is what is currently planned and it is not yet finalized. But the good news is Iger and the Suits really want to take care of this problem and they aren't going to be putting a band-aid on it like Eisner would have done. If everything goes well they might even start construction of that third hotel that some in the know are talking about. Now while these hotel plans get thrown around and this retail complex is being built... what will be happening inside the Park itself?

Honk Kong Disneyland, let me start off saying is a beautiful park. The problems DCA has have a great deal to do with very, minimal theming and generic rides. HKDL does not have this problem. The main problem the Resort suffers from is a lack of attractions, not a lack of detail.

There are preliminary plans to start filling up that huge expansion of land next to Adventureland. The Pirates are coming my friends. The expansion and addition of "Pirates Of The Caribbean" that was on hold looks to have been lifted. We'll have to wait and see if it is as elaborate as the original proposal but it is back on. Now Disney will not be announcing anything soon. There is no timetable as to when the press notice will go out, but my bet is a little after "It's A Small World" opens there will be a great deal of focus what will be happening over the next few years. The "Haunted House" is planned to be the next attraction to get started after that as well as a half dozen "C" and "D" attractions. Most of these rides should be completed between 2011 and 2013.

Well as I said in the earlier post... that is the year that Disney has to decide if it will build a second gate. If it doesn't decide to build another gate then the Hong Kong authorities can do what they want with "Phase 2" land. They can sell it to a competitor, build housing or approve the construction of a casino if they want to. Now Disney has no intention of spending all this money moving into China only to have "Universal Studios, Hong Kong" or "The Palms Casino" or some such opening across the Esplanade.

The idea is to invest heavily in the Park and surrounding resort so that attendance increases enough to get a much better deal with the Hong Kong officials. It appears that we may not see an announcement for a second gate until then but there most likely will be one for a second theme park in the early part of the next decade. There are several preliminary projects moving through Glendale but nothing is concrete as to what will be chosen... and there is plenty of time before they have to decide. So for the next few years they can focus on fixing the current problems of the Hong Kong Resort. But like it's other sister resorts around the world, HKDL looks to be getting some much needed TLC.

That's good news, don't you think?
Posted by Honor Hunter at 6:37 AM

Thanks for explaining the future of HKDL. I wasn't aware of some of the governmental issues.