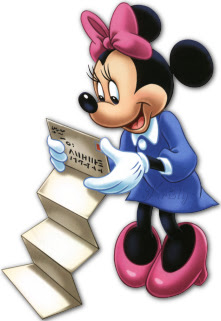 I believe it's necessary to give a brief update as to HKDL's status based on the majority of the reactions Blue Sky has gotten to the Anaheim Alert posted last week.

It appears that Disney is working it's leverage with the Hong Kong government. There's a report coming out of China that Bill Ernest, Executive Vice President and Managing Director of Hong Kong Disneyland Resort has been stating the Walt Disney Company's intent to build a third hotel. This one is supposed to be located in between the current two resorts. This is most likely the hotel we mentioned in our previous HK Alert. The only reasons that this news would be released is to apply pressure on the local government for negotiations of the expansion of the park and to portray to the world that HKDL is a success.

While the Hong Kong resort has been a major disappointment, it is not a failure. Just as DCA is not a failure, but a disappointment of higher expectations for a lower investment. Under Bob Iger and John Lasseter, with a little encouragement from Steve Jobs, the plans for expansion over the next five years are incredibly robust. Although we don't expect the Walt Disney Company to start throwing around budgets like the Oriental Land Company, it will be comparably close in terms of costs and theming.

Now as we've said before... HKDL is a lovely park. Just under-built. Unlike Walt Disney Studios Paris which truly didn't deserve to have the Disney name upon it, Hong Kong has all the makings of a great park. But the days of Eisner's building small and then expanding out are over. With the history of disappointment behind it the current mantra from Burbank and Glendale will be elaborate theming and appropriate budgets to go along with them.

A compass that doesn't point north...

Development continues on the two E-Tickets that are being developed for the expansion into Adventureland. The POTC and Haunted Mansion rides will definitely be showcase pieces of entertainment that will expand the capacity of the park greatly. While the start date is still in question, the recent admission by Bill Ernest is an example of Disney trying to get out in front of the message and not play defense. Iger and company want to apply some pressure to government officials so as to have a better bargaining position for the upcoming projects.

The Downtown Disney projects are still in development but may or may not be called that. There are various groups fighting for prominence in WDI and no one knows which one will come out on top.

I've read several e-mails from people expressing worries about Paris and HK with the news that DCA will be getting such a large infusion of cash. While it is true Anaheim's Second Gate is going to be a busy place, it doesn't mean Hong Kong will be neglected. DCA getting a large amount of money doesn't mean it's being taken from HKDL's own budget. Bob Iger very much wants to expand in Asia and HKDL plays very much into those plans(along with Shanghai). Over the next year or so we'll be seeing a lot more posturing than building. Planning will still be going on behind the scenes, but Iger is trying to get the best deal for Disney.

Business is tough... but there is simply too much money to be made from the Chinese market for Disney to just sit around and hope that people will finally come into the park. To everyone that's feeling a bit disappointed I say be calm... be patient. Hong Kong Disneyland Resort will come into its own over the next few years. By the end of this decade you will finally start to see it begin to come to fruition. I would think that the beginning of the next Decade will find HKDL and almost every other park take on a much more positive outlook. The Mouse is trying to keep its secrets while dealing with Hong Kong, but slowly... the secrets are being revealed.

All you have to do is read between the lines...

Why Figment? You trying to tell us something about Epcot? Regardless, talk about Epcot!

I think it must be because the articles entitled "Dragon's Secrets" unless he's teasing us.

It's nice to know that DCA isn't getting all the money. I think Honor wants to assure us of that with this update.

Great update... good to know that Hong Kong Disneyland might see a great big beautiful tomorrow after all...

Though, considering all the trouble Disney has convincing the local government to put more money into that resort as well as the problems of financing DLP, one has to wonder if the international business model is the right one... What if Disney had not created "dummy companies" in Europe and China and if they were operating these resorts directly - would it still take so long to get them back on track...?

Thanks to you and your Bothans...

DCA IS a failure.

That depends on your definition Truth. If by failure you mean losing money, it's not. It makes a lot of cash for Disney. It just happens to not make as much as they expected.

It all depends on your point of view.