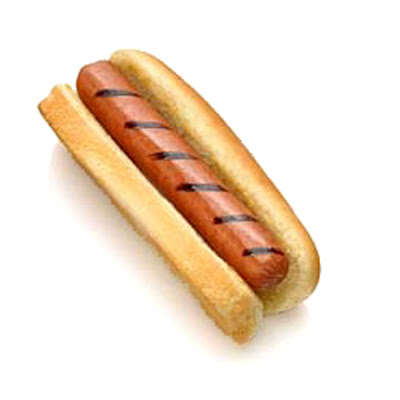 I know some of you not familiar with Disney lore are probably thinking that Blue Sky is being a little blue with that header...

But you don't have to worry, it's a good, clean and wholesome statement. Really.

A "Weenie" is a visual icon in a Disney theme park that draws in guest. Some parks have only a few Weenies, while others have many. Shall we take a look at some of the weeies around the Disney world?

Naturally, the most obvious one here is Sleeping Beauty Castle. The other one of important note is the Matterhorn. Now this doesn't mean that's all that the park has. But there are a lot of Mountains in Anaheim... Space Mountain being the most known. Then, there's Splash Mountain right next door to the Haunted Mansion. Some would claim Big Thunder Mountain Railroad is as well, but the ones that you'll notice are missing are Pirates and Indy. It's not so much because these rides don't draw the guests in, it's just that they're great experiences inside their show buildings. Weenies by their nature are visual icons from the outside.

The most obvious one is the Grizzly Mountain that overlooks the Grizzly River Run raft ride. Screaming and the Sun Wheel could be argued as a Weenie. Stop grumbling, it doesn't become you. The Tower of Terror is the other Weenie in the park, despite it's awkward location and surrounding area of course. When Cars Land opens it will be a great example of a Weenie, but that's about four and a half years away.

The most known here is Cinderella Castle, the larger sister to Disneyland's Castle. Many Weenies here are icons that surround DL as well. Splash, Mansion and even Space Mountain are here but there is no Matterhorn dominating the skyline.

Space Ship Earth. Naturally...it's hard to miss or be drawn towards it. Mission: SPACE, despite the criticism is a very visually drawing image. The entirety of World Showcase with its countries could be considered a massive Weenie, even if you discount the distraction of intrusive architecture.

Hopefully, I can revise this in a couple years, but...

The Hat. That dreaded image you see when you walk in has become synonymies with the park. If you remove it you can see the original Weenie. The replica of Grauman's Chines Theater as the entrance to the Great Movie Ride is what most remember fondly about this park. DHS also has a more ornate Tower of Terror that has a better dramatic area around it.

There is no mistaking the original weenie that opened with this place. The Tree of Life with its "It's Tough To Be A Bug" show beneath it is the symbol of the park. Now, with the addition of Expedition Everest, the park has two Weenies... hopefully, some time in the next few years they will approve a third weenie. Cross your fingers.

Tokyo Disneyland has similar Weenies to its American brethren. A slightly more detailed Cinderella Castle, Space Mountain, Splash Mountain and Haunted Mansion basically give TDL an almost exact group of weenies as WDW's Magic Kingdom. I only hesitate to use Pooh's Hunny Hunt as a Weenie because it's outer structure is not set up to be a Weenie, although it does look lovely.

If I could, I'd call this entire park a Weenie, but that wouldn't really be fair. The iconic center of the park is the natural choice for this parks Weenie. Mount Prometheus towers over everything and every land or ports as they are called in TDS. The other attractions that are Weenies here are Journey To The Center Of The Earth, Tower of Terror and the Indy ride. Why is TDS's Indiana Jones ride a Weenie while DL's isn't? Very simple really... there is an entire land devoted to the ride in Tokyo. The ride itself is housed in a building that looks like a massive ziggurat in the South American jungle. Oh, and least we forget about the Mermaid Lagoon's Weenie: King Triton's Castle, which is really a show building that holds several elaborate C and D-Tickets.

Ahhhh... Paris, France. Lovely city, beautiful country. Is it any wonder it has the most gorgeous Weenie? Uhmm... by that I guess I mean it's the most gorgeous Disney castle. Le Château de la Belle au Bois Dormant is simply the most detailed representation of Sleeping Beauty Castle. To walk in and around it is to be in a fairy tale. It is a perfect example of a Weenie. Of course, the park has several others too. DLP's Big Thunder Mountain Railroad is equal if not better than the Disneyland original. As is the Space Mountain in Discoveryland(Paris' Tomorrowland). This park would tie with the original Disneyland as far as Weenies go in my opinion.

None. Not a Weenie in sight. Ok, well it will have one when the Tower of Terror opens up, but until then nothing. The new rides have certainly added a good amount of atmosphere, but no Weenies. This park makes DCA look like a marvel of engineering. That will hopefully change over the next five or so years... definitely over the next decade, barring some form of financial disaster.

Despite being built far too small, this park has a couple Weenies. It's very layered in theming, just not enough rides to make it a full day experience. The Castle is the same as Anaheim's, so that is its main Weenie. It also has a copy of DL's Space Mountain for its other Weenie. Of course, there could be at least two or three more Weenies before you know it(hint, hint).

Let's hear it for the Weenies... I have a feeling the beginning of the next decade will welcome a great deal more. They're just around the corner... Trust me.
Posted by Honor Hunter at 10:01 AM

So does that mean that Grizzly Mountain will not be levelled for the expansion? Good news!

Uhm... you'd be correct. GRR will not be bulldozed. Unfortunately, the plans for it have been pushed back to Phase Two, should the first five year plan work.

In the MK, there are Weenies for each land (except Toontown Faire)visible from the Hub: the obvious ones is Cinderella Castle, but Adventureland technically has its bridge, the Treehouse, and Tiki Room Tower; in Liberty Square the Riverboat is supposed to be the Weenie,when it is seen at dock, and the Mountains in Frontierland draw you along the river from Liberty Square; Tomorrowland has the Astro Orbiter, as Space Mountain is not easily seen from the Hub.

Weenies are supposed to pull you in when you look down a path. The Haunted Mansion is located in a corner, almost hidden, so its not really a Weenie. Each Epcot pavilion can be called a Weenie, because on each side they can all be seen once you go through the Innovations breezeways. MGM only has the hat and the Tower of Terror, nothing else really, while Animal Kingdom does have the Tree of Life, the "Olden Gate Bridge" in Dinoland, and Everest.

Although, I don't find anything in dinoland to be a Weenie to me. That's the one area I hope they add some much needed layering. Thanks for your comments.

It's been a while since I was at WDW. I'm looking forward to my trip next fall.

MGM/Hollywood Studios original weenie or maybe rather icon was and still is there: The Earful Water Tower.

You forget that MK is the Weenie for all of WDW. It was located at the top right of the property so that visitors have to go through all of WDW to get there.

Thanks for posting Disney spots, your post is very much helpful for me in planning my Disney trip next month. Anyway, if you're coming with a baby, renting Stroller for baby is the most convenient way than bringing your own.