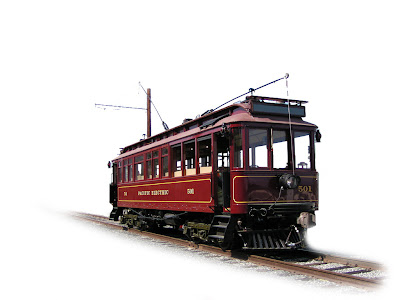 Although the Makeover won't really start until next year and the exact date of the entrance keeps shifting as Operations and WDI work to find the right mix of attractions and walls, I thought it'd be nice to visit the park we walk into four and a half years from now.

In this part, we'll just start at the entrance...

It's a lovely, warm summer day in Anaheim and we're just passing through Downtown Disney. As we come across the Esplanade we look over and see the new entrance to Disney's Second Gate. The architecture in front of the turnstiles reminds us of the Pan-Pacific Amphitheater. We approach the gates and notice all the lovely foliage and plant life around the entrance... already we sense a difference from the park we remember. I admire their new period costumes as the cast member takes our ticket we push through the turnstiles and see the new Partners statue in front of the pole that is flying the California flag. We walk over and stare at the statue. It's a lovely homage to the original Partners statue across the Esplanade. Walt, looking young and wild-eyes as he stares out at Southern California and the opportunity it holds for him, all the while hanging on to his dear friend, Mickey. After a moment we hear a noise and come out of our dreamstate.

Turning we see a Pacific Electric Red Cars pull to a stop on our right. As it's passengers get off we stare ahead at the rest of the entrance. It's almost as if we've walked back into the late 20's or early 30's Los Angeles. We stare at the Spanish architecture that was so prevalent at that time and move on down the entryway with the rest of the crowd. As we walk towards the new Carthay Circle Theater, we notice the new stores along the way.

Not all of them are new, but their facades are much different and they've been re-branded with new names. We smile as we admire the vintage Oswald’s Gas & Oil station on our left. A clear homage to Walt's forgotten creation and a bygone era. Mortimer Market is on your right. Nice... the theming is top notch. Over to our right is Carolwood Trains, Craft & Hobby, the new train station that sells Disney merchandise... this store has far more theming and atmosphere than the pop culture concoction that was here before.

I look directly across from where I stand and see Seward’s Five & Dime, a charming representation of an early Southern Californian shopping store. Right then I notice Horace’s Pawn Shop and walk in to take in all the trinkets and baubles that are available in the re-branded park. Nice merchandise, I say... cool new logo. Maybe I'll pick up a new shirt before I head out of the park. Coming up to Walt Disney Plaza, I can't help but wonder if I've passed into the past looking at that classic theater staring across from me as I peer over the fountain, past all the foliage and trees. Could "Snow White and the Seven Dwarfs" be showing? An old car putters by. A bell rings, startled, I watch the Red Car head back down the tracks, rounding the circle in the plaza, it heads into the Hollywood area. As it passes I notice the Elias & Co. Department Store with its big glass windows. I smile at this nod to Walt's father.

Maybe I'll takes some pictures? Unfortunately, in my hurry down here I left my digital camera at home on the coffee table. I look around and see Kingswell Camera and decide to go and purchase a disposable camera so I can take some pictures. As I exit I look around at what I want to shoot first. The theater? No, that's too obvious... maybe the Duesenberg limo that is passing by? Nah, I'll wait till I ride in it later today and shoot photos from it. Whoa! How about that nice looking place over there, Doc Sherwood Apothecary. I start snapping shots off trying to take it all in, I look at the camera and realize I'd better take it easy... I've used up half my roll of film and I'm not even out of the entry plaza yet. Wow. I'm gonna have to buy more film... this could get expensive!

I'm getting kind of hungry so I head over to Clarabelle’s Corner Café for a little bite. Along the way I pass Julius & Sons Tailors and notice a snazzy new jacket. Maybe I should stop and... no. I must eat first. We've got way too much to see before I start spending money. There's so much to see and I haven't even gotten down to the Pier yet. Wait a minute, my stomach is growling.

Now, about that sandwich...
Posted by Honor Hunter at 3:57 AM

Are those the real names of the stores or are you just being wishful?

The writer man reporting the 'Blue Sky' plans to stir my imagination! Way to go Honor! Thank you! I'm giddy already! Only 5 more years to go for completion of p1 (the torture of it all!) This is as bad as waiting for Christmas morn at age 7!

Just finished reading all your blog posts from last November minus 20 more in October of this year before being totally caught up after finding this site 3 days ago.

Any chance that 2011(there's that year again) will see Iger (love that guy!) saying 'DisneySea is coming to America'? I can only hope!

Thanks again for you labour of love of Disney and sharing the wealth! I'd better go read those 20 other posts to see if you answered my question!

Well, I'm apparently the only one that will miss it, but does that mean that Condor Flats and California Soarin' will be history? I am a huge airplane geek, and will be said if it is plowed under. But at least I got to see it once.

yeah, that's what i was wondering- if those were the real names of the new shops and restaurants or if that was solely your imagination. i would hope there would be more than one food location though!

Don't hold your breath on the names. Or the way the entrance plaza will be set-up.

Yeah, those are the names of several of the places that will be in Walt Disney Plaza, guys. There are a few more as well... don't worry, there will be plenty of places to eat.

What a great little story, Honor. A far better version of the future of DCA than what Jim Hill wrote about today.

Thanks for helping us see what the future might hold.!

I have wondered if I should visit DCA before the walls go up, but your post makes me think it best to wait. It sounds great.

this article is heavy on the cheese factor.

"this article is heavy on the cheese factor."

Yeah, and your comment is heavy on the negative factor. Some people see the world as half empty but I guess you'd think they were being too positive.