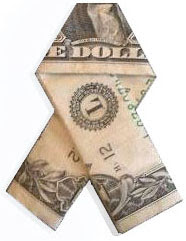 Mainly due to its theme park operations and its media networks. Around the world, Disney's theme parks and resorts have been doing great business(HKDL being the sole exception). The American parks are going through a record attendance year... we Americans don't want to think about the problems of the world and would prefer to go to Disney's worlds instead, it appears...

That's both good and bad in my opinion.
Posted by Honor Hunter at 4:05 PM

i don't think it's so much that people are going to Disney parks to escape the world's problems as much as 2 other reasons:

1. Disney has had terrific ad campaigns in the last couple of year-- mostly focusing on how affordable their vacations can be (I've come across many, many people that are shocked at the affordability of Disney parks/hotels. Many thought they were for the super-wealthy.)

2. Many people do not want to travel abroad in these times, for many reasons. So, instead of traveling to different countries, people may opt to stay close to home or within their country's borders, instead.

" Mainly due to its theme park operations and its media networks to a smaller degree."

Media networks contributed over twice as much to Disney's current quarterly profit than theme parks, so your statement doesn't quite match the facts. Considering that the cash flow needs of media networks are nowhere near the extent of parks, I think the honest way to describe Disney's profits is that the networks are essentially financing the theme parks business.

>>> The American parks are going through a record attendance year... we Americans don't want to think about the problems of the world and would prefer to go to Disney's worlds instead, it appears... <<<

This is also a faulty analysis. All of the strength in American parks this year has come from foreign tourists, particularly from Europe. Due to the falling dollar, international visitors are getting American vacations at a discount. Nationwide, domestic attendance at theme parks is flat to down across the board. Only Disney has the destinations that are attracting foreign visitors to make up the difference from declining domestic attendance.

Yes, it is true that foreigners make up a good percentage of the visitors to WDW, but it's not the case in Anaheim. The overwhelming majority of visitors are Californians and they, not the overseas visitors, are the reason for DLR's record year.

In response to the above post, DLR attendance is flat to down this year according to press conference information released by Disney. DLR is not having a record year, although California Adventure will likely post record attendance.

Record attendance? Perhaps you should talk to my girlfriend that works there. I think she'd beg to differ with you on that.