Interview With The Cook... 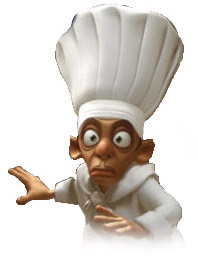 Not an interview with Skinner, actually... and this is not even a post about "Ratatouille".

Box Office Mojo has a good interview with Dick Cook, Chairman of the Walt Disney Studios, that talks about the coming films, his philosophy and other interesting items. He even addresses the coming "Jungle Cruise" a bit:

"There will be a family involved. The skipper will play a very important role. He'll be more of an Indiana Jones kind of guy, with a little Jack Sparrow in him, who's going to be able to take this family on an adventure that they never dreamed they were going to be on when they first got on board. In true Disney fashion, it will definitely have the adventure and the intensity—but also the heart and the fun. We hope we have a good outline of where we want to go and what we want to do with it in the next year."

And in regard to having seen Alfred Gough & Miles Millar's script:

"Not yet. It's being worked on. David Hoberman, whom we have asked to produce it, has been hard at work. He knows that it's a top priority for us—one that we're very, very excited about. It's a real tentpole [picture]. He'll deliver it and when he does, it will be something special."

That is a script I am actively trying to obtain, just so you know...

The rest of the article is a good read. I'd recommend going over and taking a looksie. Although I have problems with the Head Suit of Disney's theme parks, Jay Rasulo... I have none with Dick Cook. He's not only a nice guy, but a smart guy and one whose strategy I believe in.

Let's hope the writer's strike doesn't throw a monkey wrench into that "Jungle Cruise" tentpole idea...
Posted by Honor Hunter at 10:21 AM