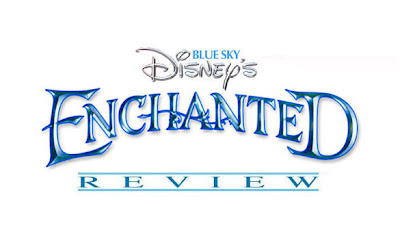 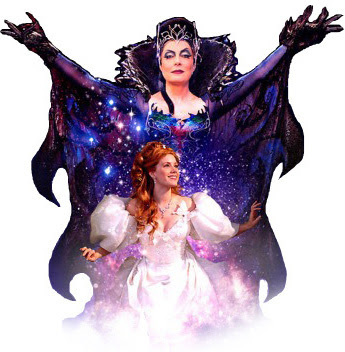 Does Disney have a hit on its hands or what?

Walt Disney Pictures' "Enchanted" isn't what I was expecting. I was thinking I'd see a smart-elect parody that makes fun of the classic Disney Princess films with a nod and a wink. It's not a satire so much as it's really a twist on the old formulaic Disney/Happily Ever-after tales.

The script by Bill Kelly(Blast from the Past, Premonition) is really clever. It gives respect to all those films we love(Snow White, Sleeping Beauty, Cinderella, Beauty and the Beast, The Little Mermaid, etc.) while striking out new territory that plants it in the 21st Century for sure. I think Kevin Lima(Tarzan, 102 Dalmatians) was perfect to direct this film. He has the right sensibility to take a movie that moves from animation to live-action following a Disney frame of mind. Amy Adams is the new Julie Andrews... really. This is her "Mary Poppins". She leaps off the silver screen and practically says: "I'm a star, world! Look at me!". Patrick Dempsey is great as the real world Prince Charming, grounded in reality as a divorce attorney that doesn't believe in fairy tales, yet winds up falling in love with a literal one. James Marsden has never been cast in a role that was so perfectly fit for his otherworldly good looks. He's perfect as a perfect prince that really doesn't turn out to be what you expect him to be. Or what others expect him to be. In fact, all the cast are great... even the underused Susan Sarandon as the evil Queen.

I won't go into spoilers, it would be like turning to the last page of a children's storybook to find out what happens. But C'mon. Let's face it... we all know what happens in tales like these.

This is a perfect date movie. This is text book example of a film to take your little girl to. Fathers all over the world will be sitting down with their daughters watching this on DVD for years to come. It's a film like they used to make before Hollywood tried to create movies for nitch markets. It's a film that appeals to all segments of an audience while not talking down to any of them. Disney's been having a banner couple years at the Box Office of late, and it's going to continue with this one. I hope that the Suits at TeamDisney don't make unnecessary sequels to this just for the all mighty dollar. Not that I'm against one for this film. If they find a great idea or come up with a great screenplay, then by all means make it... but don't tarnish this diamond ring by having a Cracker Jack ring follow it. Let it stay out there and become the classic Disney tale it was meant to be and don't make a "cheapquel" to it. John Lasseter has already put an end to those over at DisneyToons, I hope Iger doesn't let them start up a new batch over at Walt Disney Pictures.

Now I'll get off my soap box and finish by saying don't wait for the DVD for this one. You really should find a couple hours on this holiday weekend to see "Enchanted"... it's truly a movie to be thankful for.
Posted by Honor Hunter at 5:30 AM

I saw the movie yesterday! Charming film. I see it as a homage, parody, and revisionist film.

THIS MOVIE ROCKS!!It's a successful homage to the classic Disney Faiytale!

This has to be one of the best non-PIXAR movies that Disney has released in a while. This movie is perfect for any audience- families, dates, kids, adults... but the crowd exiting the theatres have been full of young girls and kids. Maybe Disney should have marketed this as being more than just another princess movie that anyone can enjoy?

Definitely a return to classic Disney; word of mouth will continue to make this movie an even bigger hit. Great to walk out of the theater from a movie that makes you feel good. Adams should get an Oscar!

Out of the park! Haven't felt this good about the art of family film making, since Toy Story. Saw it with my kids...now I'm gonna see it with my wife!

I don't wanna muck up the good energy of the film, by debating the differences between "cheapquels",(films made with intent of going straight to DVD, like "Cinderella 3" and "150 Dalmations), and "sequels" (which are theatrical releases like Toy Story 2...and 3! "Back To The Future, 1,2 and 3, etc.). I notice a fair amount of people tend to blend these two very different types of films, together. But, maybe we can play around with that topic another time. Go see Enchanted! :)Bob

This was a lot of fun to see. I'll be seeing it again with the rest of my family.

Wow is right! And I thought I only needed to go back to the theater to see NTBOS. Nope, I will need to see Enchanted a few more times before the DVD release.