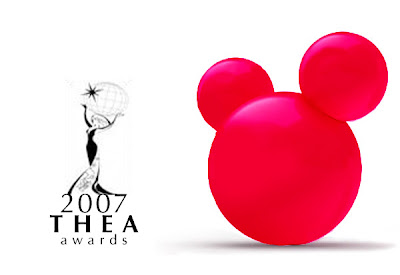 The Finding Nemo Submarine Voyage at Disneyland also was a recipient of the 2007 THEA Award for Outstanding Achievement.

Congrats to all involved.
Posted by Honor Hunter at 5:38 AM

Congrats to the Imagineers! :)