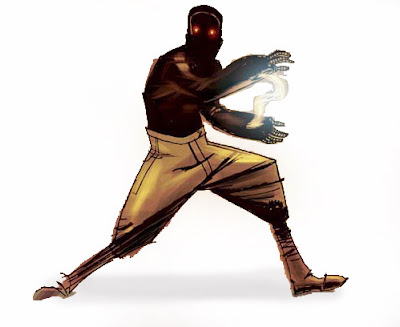 It appears the Mouse will have Bruce Willis star in "The Surrogates", a science fiction thriller that Jonathan Mostow will direct for Disney's Touchstone Pictures. The studio is eyeing a February production start in Boston.

Scribes Michael Ferris and John Brancato("Terminator 3: Rise of the Machines" and the coming " Terminator Salvation: The Future Begins") wrote The Surrogates from a graphic novel from Top Shelf Comix.

The tale takes place in the near future, where humans live in isolation and interact through surrogate robots who are better-looking and acting versions of themselves. Willis will play a cop who, through his surrogate, investigates the murders of others' surrogates. Eventually Willis' cop is forced to venture from his own home for the first time in years to unravel the conspiracy.

Shooting is supposed to begin early next year.
Posted by Honor Hunter at 10:18 AM