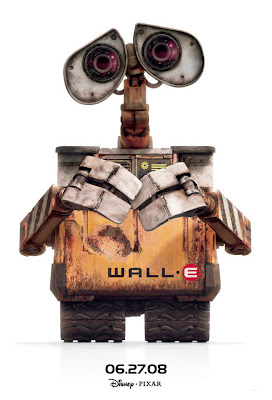 Well, those fine folks at Pixar have released another poster for "Wall-E". It appears that IGN was the first to nab it, but that's not where I saw it first.

I like it. Simple. Understated. I'm hearing great buzz about this from some people I know who've seen an early cut of it.

Like he's undressing a female robot right before your eyes?