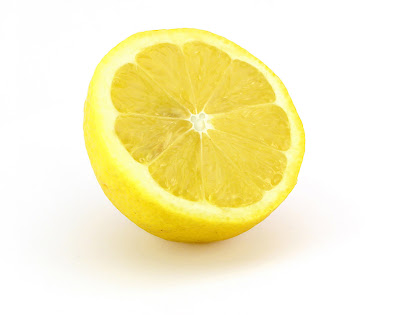 All this talk of fixing the Second Gate leads to the obvious question...

What about the Third Gate?

When the Mouse finally does get around to building a third theme park for the Disneyland Resort it has some serious personnel and operational questions it will have to address. Problems that it's been avoiding up till now... Have a big "?" over your head right about now? All right, then.

Let me unpack that statement for you...

A theme park employs thousands of people. For it to function properly it must maintain a certain amount of employees(Cast Members in Disney's case) and needs a degree of highly qualified employees(of particular importance in Disney's case). Once the Disneyland Park expanded and became the Disneyland Resort it needed to doubled in population when it came to Cast Members. Finding that many qualified applicants meant one of two things.

1. Either increase the pay to find those applicants.

2. Lower the requirements and standards for said applicants.

Back in the 90's this answer for a penny-pinching Eisner was simple... lower the bar.

There are many, many good cast members at the Disneyland Resort, but trust me when I tell you that the quality standards and tolerance for bad behavior is much lower than it was in the early 90's. Wether it be dress code with exposed tattoos, employee tardiness or even vandalism... there is much more acceptance of it than a decade ago. The truth is that the sheer need of "bodies in the park" far outweighs the ability to keep these standards. And unless the economy turns desperately bad in the near future there isn't going to be a change anytime soon. Bob Iger feels at present that the Disney Company pays prevailing wages to get employees, he doesn't however see the day to day hassles in the trenches that managers, leads and tenured CM's go through just to do what used to be commonplace. When teens and college level students can get better paying jobs at companies like Starbucks and not have to put up with the strict standards and schedules that the parks sometimes require they simply leave and take their marketable skills elsewhere. This leaves Human Resources with the task of filling large turnover and doing what they can do as an incentive for potential CM's that doesn't require raising salaries. The Cast Members recently got a nice pay raise as of January 2008, but it was more to do with the state increasing the minimum wage than trying to attract competitive candidates for employment. If they had kept the current rate it would have made someone working for the park literally pennies away from the lowest amount they could pay legally. That was enough to get the Mouse to raise the base pay alone, but not enough to make sure that the quality remains.

I've been called "pollyannish" in my view of Disney and had people say that I have nothing bad to say about the Mouse or it's running. If you've read enough of my post you'll note that I can be harsh and sarcastic at times, particularly with former management. I tend to believe the new management is far better, but far from perfect(as the IASW situation has unfolded, for example). Bob Iger is a great CEO, he's smart, but he's human. The company, just like all of us makes mistakes. Sometimes they're small and have little effect, other times they are large and have decade lasting ramifications. DCA was after all, a park created on the cheap. Built to take advantage of the Disney name without having to live up to the Disney quality. The Mouse didn't create a failure, but it did create a disappointment(minor to some, major to others)... and they're going to spend the better part of a decade fixing up this disappointment. This isn't the case with Tokyo DisneySEA... that park isn't perfect, but it has nowhere near the headaches that DCA does. It's had to add expansion to the park, but it hasn't needed and won't need such a massive level of cash put into the park. What it needs now, is simply more rides of the same level of quality it started out with... and they're coming. DCA on the other hand has to create an entirely new level.

And I truly believe that they're doing their best to accomplish this, honestly. Not everything happens as planned or goes right upon opening...

This is a problem that could have been avoided with clearer vision and forethought. By the mid 90's the Mouse was truly lacking in this department. But, I personally am an optimist... Bob Iger isn't an idiot and didn't get where he is by luck. Hopefully there are those around Disney's current CEO that will enlighten him to these situations. Who knows, he may already know about them and be in the process of correcting them. My Bothans don't reach that high up, sadly.

The problem I'm talking about here is far from insurmountable, but it is a challenge that will face the Mouse if/when it does decide to go forward with the preliminary plans it has for a Third Gate. Such a park will require adding thousands more CM's(an increase of approximately 50 percent more CM's, actually) and it will either involve some form of pay increase, incentives or a combination of both. If this doesn't happen, the bar will have to be lowered from where it is now and the difference between a Disney park and just another park will be blurred even more...

Many Cast Members aren't comfortable with that and neither are Human Resources. It's hard enough right now to attract enough talented people(it doesn't attract enough, btw). If the Suits at TeamDisney Burbank think that adding a third park will be easy(after they get over the headache from looking at the proposed cost, of course), then they're living out their own Disney fairytale. And as much as I love Disney, this is one story that could have an unhappy ending.

Bob Iger and company better think this through and work with HR to come up with a solution that will retain and hopefully raise the quality and bar of Mouse hiring in the future...

Wishing upon a star won't help in this case.
Posted by Honor Hunter at 7:50 AM

Working at WDW, I can say this happens now. People that never should be working there are, because of the lack of applicants we get.

Although I would love for them to raise the pay, it's highly unlikely. Hopefully it never becomes a huge problem, but they do show up from time to time.

Yes, you do sometimes have an overly-positive "All hail the almighty Disney Company," Walt Disney praising feel to your writing...but at least it provides a stark contrast in comparison to others who mostly point out the negative, although sometimes its better to hear about the negative aspects. I know how great Disney is but sometimes when you're a big fan you tend to ignore the downfalls and focus on the positive.

I'm not saying you should change and start being all critical now either, though, I guess everybody just looks at things in different ways.

I tend to be an optimist, anonymous...

I'm not a lemming for the company and my love for Disney isn't blinded by them. If it was, I wouldn't have so many posts decrying the Suits.

It's always better to look at the cup half full I believe... if some people don't like that, well there really is nothing I can do about that. We all have to deal with the gravity of reality in different ways.

I agree with this article. These days I don't recommend a job at Disneyland to friends, family, or acquaintances. When the conversation turns to decent part-time jobs for first-time workers in high school or people trying to get through college, I say something like In-N-Out, and not Disneyland as I have in the past.

The "Disney Difference" Disney touts is all marketing. Instead of investing in flat panel screens or useless online cast portals they should be investing in their workforce. The bells and whistles don't mean anything if morale is low and turnover is high.

There you go being negative again, Spokker. For once you have Honor agreeing with you. Althought I think he's just trying to give Disney a warning that they need to pay attention to.

It doesn't take a genius to see how poor cast members are treated currently. Pointing that out isn't being negative, it is pointing out the facts.

I do recommend Disneyland as a job to screw ups, low expectation students, and kids who barely got through high school.

I tell them that at Disneyland you'll get a lot of second chances. You'll be able to show up late and you can slack off. Plus you get to impress your family and get them into Disneyland for free. I tell them to feel free to write stuff on backstage bathroom stalls and etch their wannabe gangbanger name into mirrors.

And I know they'll get the job because standards are so low.

The best advice I can give to someone who wants to work at Disneyland is to ignore the other cast members who get in your face about working hard and creating a great environment for guests. Those cast members are few and far between and soon management will drive them away, and you'll have the run of the place. Go wild!

Disneyland gets college interns from everywhere in the world. Europe, South America and Japan. Even a couple that worked for the Oriental Land Company.

There you go being negative again, Spokker.

Just so you know Spokker,

I'm not saying that Disney's standards are as low as you seem to think... they're just lower than they should be. They actually would have higher standards than most jobs, but they have started to cut corners and let in candidates that would have been rejected a mere decade ago. It's my hope that they'll notice this and not let it continue or spread.

Honor, I commend you for taking up this issue. It's easy to get caught up in weighing the merits of concrete-and-steel attractions or more high-profile operations issues...but the cast is the heart and soul of Disney's parks. For too long the quality of the cast performance (and the cast itself) has been marginalized.

Walt's Disneyland set the bar for service standards. And for twenty+ years after his death, Disneyland and WDW did much to reflect these standards. I miss those days.

I worked at WDW in the mid-nineties (before that, I worked in a wee little Disney Store in Ohio). By then, much of the standard set by Walt had been frittered away. Some could argue that this was more an issue of my perspective--being on the inside you see the sausage being made. But this wasn't the case. Management at times would admit that if they weren't selling out, they were at least bringing Disney's standards in line with the rest of the service industry.

I think the best goal that Iger's Mouse could set for itself is a return to Disneyland's late 1960's service standards. Imagine the culture shift that would require! It would be exciting and bold.

"Imagine the culture shift that would require!"