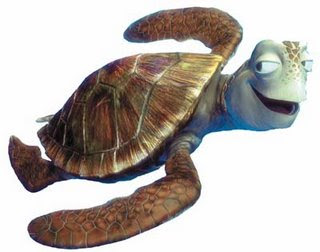 The meeting is over...

Ladies and Gentlemen, the Board has left the room.

Now, this won't be a long alert since what I'm reporting has been covered to a degree by Al over at Miceage when he spilled the beans Tuesday on some of what I was intending on reporting Wednesday. I would've posted it earlier, but have been waiting to hear from a couple of my sources. Still, I feel it's probably better to give a few of the details that I've received about what the Walt Disney Company has been up to for the last couple weeks.

The Board approved a budget for the expansion/makeover of Disney's California Adventure. Let's just say it's a great deal of money and the figures my sources gave me are close to what Al mentions. Let's be clear that this is far more than what would have been approved under old management. More than it had when it was originally built and greatly more than Eisner would have ever given an underling like Pressler to play with. This will definitely be a "Bob Weis" park. Two of Bob's most famous creations were never built...

Disney's America and Disney-MGM Studios Paris... both plans crash and burned in the mid 90's. The end of this decade will find the park across the Esplanade a worthy sister park. A park that from what I've heard will rival the best parks WDI has designed(yes, even Tokyo DisneySea some say). We'll start to see things pick up come fall. By the beginning of the year the hive of activity around DCA will be hard to miss. Many of the people asking when is it going to get started will finally notice that it already has...

The plans for the DVC units has been approved. Plans have been drawn up for the grass field behind the hotel to become Disney's first time share... but certainly not the last.

The plans for the Disneyland Hotel have been approved. This radical retheming will turn this drab series of boxes into a hotel that is more in theming with the Disneyland park. The exterior will be dramatically different as well as the front entrance and valet sections, not to mention the renovation of the room's interiors(wait till you see some of the suites planned). The plans should start either late this year or early next, but each tower will have about a nine to ten month renovation and be ready by the end of the decade. Also as reported in Miceage, the towers will be given new names that more fit the Disneyland Resort... not its previous owner Mr. Wrather.

No news as to wether the Paradise Pier hotel will be getting a face-lift yet, although I know several Imagineers that want to give it an extreme makeover as well. Any retheming of PPH had to wait for the final design for Paradise Pier so as to blend in with its surroundings. The current plans for the parking area near the PPH call for at least two of the four proposed hotels to be built there. The plans for these hotels should begin being leaked out by 2008.

One aspect of the Disneyland park will be a increased collaboration with Lucasfilm. By early 2008 there will be some form of an announcement about Star Tours 2.0. The folks at WDI are hard at work creating a sequel to our current attraction that will be designed to mimic the lines at the Finding Nemo Submarine Ride. There will be more of a synergy between the two companies regarding the Star Wars properties, both here in Anaheim and WDW(more on that in a future post). There has been talk of having some form of promotion to coincide with the new Star Wars television show that will debut in about a year and a half. These plans are in the very early stages and it will probably be until next year this time before anything starts to gel.

There will be some exciting news come Memorial Day 2008 when we have a new Indiana Jones film to work into the park activities. There is good news for Disneyland and WDW as well(again, more on this later). If adventure has a name it may be Indiana Jones but his location will definitely be at Disney resorts... or as Jay Rasulo says: "Disney Parks"... sigh. 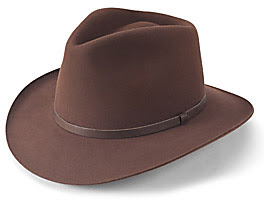 Tony Baxter does have quite a few plans for the park and just because DCA will be getting the lion's share of the money, doesn't mean he's going to just sit around and let the original lose any of it's focus. There's a lot of momentum for one of several proposals of a new advanced People Mover that we could see completed near the end of the decade. There are several examples that are being batted around but right now Baxter wants to make sure everything works in unison with the plans he has for the rest of Tomorrowland. Nothing on this will be settled until sometime next year, but we'll keep a watch on the progress.

Well, that's it for this alert... we'll have more posts near the end of the month with new info... but I wouldn't be surprised if the Mouse revealed a few of it's details sooner rather than later.

I hope you mean "turn of the decade" for the people mover.

Thanks for keeping us up to date, it is greatly appreciated. Is there any chance you might have an idea about when an announcement would be made? I know you've said by the end of the summer, but could you narrow it down a bit? I'm going crazy waiting for an announcement cuz I don't have any idea when it's going to happen. Any help to relieve the insanity it appreciated. Thanks.

I would imagine that Bob Weiss will be looking at the proposals now that he's in charge of the park. Any chance that he may find that 'placemaking' inadequate to fix DCA?

Can you elaborate on your sources? Were any willing to go on record?

Tony Baxter....hopefully he pulls his head out of his and does something with his overpaid salary.

Great for WDI about DCA redo. I am sure Tony Baxter is already hard at work lifting concepts from others ready to present them and take credit when the time comes.

This is the guy who took Thunder Mesa and turned into BTMR then called it his(rip Marc),put the Pirates backwards in Paris and the worst was Journey Into Imagination..did you know that Figment and Dreamfinder were really developed by some of the Kodak people ..I hope John reads this..if only I had more time.RWR

"Can you elaborate on your sources? Were any willing to go on record?"

Well if he reveals his sources they won't BE his sources anymore. They'll be fired. That's what happens when you reveal company secrets Van. When you work for Disney you sign a non-disclosure agreement. I think they'd be stupid to admit to who they are. So you're going to either trust what he says or don't trust him and not read the website.

Why all the hatred towards Tony Baxter? Marc's Western River Expedition was killed by the bean counters, at least Tony brought some of it to life. Tony is also responsible for the return of Marc's America Sings characters in Splash Mountain. Ideas never die at WDI, but it's not always the original artist that brings them back.

I think it will be more like mid next decade before we see fully realized modifications at DCA, not by the end of this decade. 2007 is already more than half done now, and that means only 2 and a half years left in this decade. If they shut the gates on the place and kept everyone out and worked on the improvements on a schedule like as if they were building it in the first place, then yeah, maybe they could "transform" the joint in 2 1/2 years. But not likely if they intend to keep the doors open to paying customers. Don't look for an overall "dramatic" make-over to DCA for at least a decade.

California Adventure is simply a disaster. There are only four rides that meet Disney Quality standards, and the whole layout of the Park is just a mess. They put in a wave making machine for the lagoon, which they never turn on. If anything, the California Adventure proves what a genius Walt Disney was: the berm, the layout, the committment to quality and uniqueness. For our family, the primary purpose of DCA is it is the fastest way to Disneyland from the Grand Californian. I question whether anything can be done to correct the hrrible hodge podge that DCA is, but we can hope.....