Bolt Into Theaters, One Year From Today... 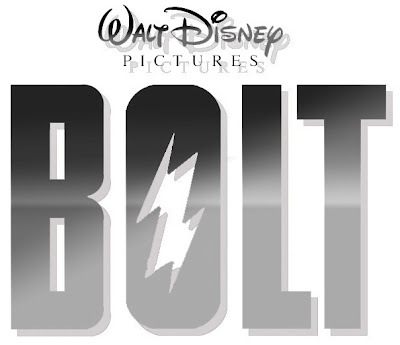 Walt Disney Pictures "Bolt" will be released one year from today. This will be the first true test of of John Lasseter's Magical Wand of Success... we'll see if he can translate Pixar's success into Disney's own animation.

I'm betting he can.

I think "Bolt" will do just fine, but I believe the true greatness of what he's done reworking Walt Disney Feature Animation into Walt Disney Animation Studios will truly start with "The Frog and the Princess" and then be expanded even more so by "Rapunzel". From what I hear, these films are a return to the Second Golden Age films like "The Little Mermaid" and "Beauty and the Beast". If that's the case, I believe that "Bolt" will turn out to be the new "The Great Mouse Detective"... and that's no insult. I happen to love this Disney film and if next years animated film is as good as the one starring the Basil of Bakers Street, I'll be a very happy Disney Geek.

Can't wait. I remember wanting to see this as "American Dog" and being disappointed to hear Chris Sanders leaving because of creative differences; but now I want to see what all the fuss was about.

I love THE GREAT MOUSE DETECTIVE! Too bad its not popular among the Disney movies. :(

you need to put Digg on your articles!

While Meet the Robinsons was a good film(very uneven second act, I might say), it's not comparable to TGMD. It's top notch hand drawn animation with a great story. They aren't in the same ball park. Not at all.

"Honor Hunter", sorry for my english but i'mnot sure to well understood : do you actually see some footage or designs about Bolt?
Well, at the time there's still no official pics or any trailer to catch! Have you heard about an upcoming first teaser trailer to come? Really can't wait to discover the new character-designs of this future Disney movie, especially Bolt himself (i already did loved the Sanders' Henry so i'm curious to see the new dog) and most of all the female cat named Mittens who's voiced by Susie Essman!!
Well, perhaps you know more so??
Anyway,thanks for your job on this cool blog.

Yes, I know this is an old topic, but I just have to say that I enjoyed Bolt very much. It was a great movie! :)