After The Disney Afternoon... 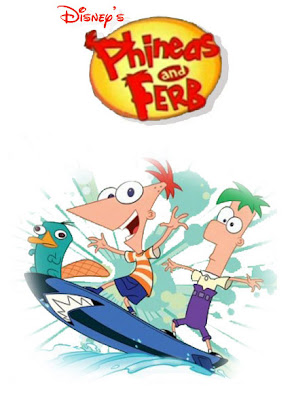 It's been a long time since I remember happily getting home each day and flipping on the tube to watch the "Disney Afternoon"... but the Disney Channel premiered one of its new series the other day and the results are pretty good.

Variety's got an article stating that Disney's "Phineas and Ferb" became cable's most-watched animated series premiere among Tweens and the Mouse Channel's second-most-watched animated series premiere(4 million viewers). Not bad... not my cup of tea, but it appears the guys in charge over there have definitely tapped into a vein when it comes to today's youth. That just makes me feel soooo much older.

Thanks a lot.
Posted by Honor Hunter at 6:39 AM

They just hired the head of nick animation away also... they have big plans for television animation they are hoping for rugrats and spongebob type success

Yeah, I'm not a fan of SpongeBob. Ah, for those days of the Disney Afternoon. Whatever happened to fun adventure stories like that?