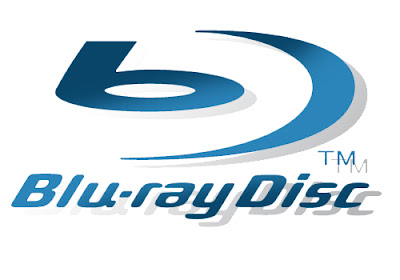 It appears that as well as the writer's strike, another war has ended...

Blu-Ray versus HD DVD appears to have ended with Blu-Ray finally knocking out its rival.

The harsh blow came a couple months ago when Warner announced that they were going to support Blu-Ray exclusively and dropping support for HD DVD. This would mean that 5 out of 7 of the major studios were supporting Blu-Ray along with almost every independent production house. From then on the writing was on the wall. A short while ago Netflix announce they were going with Blu-Ray and Best Buy then announced that it was going to give primary space to that format over HD DVD. Then it was announced just the other day that Walmart was going with Blu-Ray...

Toshiba will be making an announcement next week it appears. Looks like the Mouse made the right decision with the next generation format this time. If you haven't bought a Blu-Ray player you might want to get one... or better yet, wait till Thanksgiving if you can. That's when you'll get the best deal on the future. 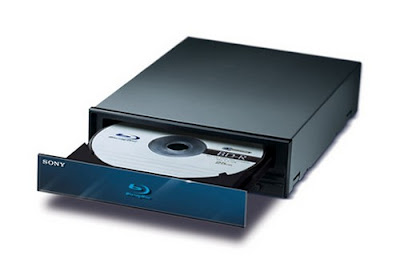 Now it appears that Sony's only opponent will be digital downloading of content(Apple's iTunes being the primary example), but that won't be fully operational for about a year or two. But for now at least the Next Def War is OVER. HD DVD is dead...

Hat Tip to Ain't It Cool News.
Posted by Honor Hunter at 9:05 AM

So, now how long until all discs lose the war to digital downloading? (and all of those expensive machines become obsolete to dvr's)

I have to say, as an owner of both technologies, I'm disappointed. I found HD DVD to be a superior product but in the end we, the consumers, get stuck with a format that is expensive and doesn't provide the level of satisfaction HD DVD did. Fortunately, Blu-ray is a thousand times better alternative to HD VOD, which reminds me of the DIVX pay per play DVD scam from a decade ago. The problem with HD VOD is that at $6 a 24 hour viewing period, it will get very expensive everytime my son wants to watch Toy Story, Cars, etc. on HD VOD. Even if a purchase option is available, the lack of portability (one of the benefits of HD DVD, that is not available on Blu-ray, was a combo disc that allowed an HD DVD on one side and a DVD on the otherside, perfect for any kid show that made trips between the minivan and the home theater) and with hard drive failures always a possibility, let us all hope Blu-ray is wildly popular. Fortunately, Blu-ray is now finally catching up to HD DVD in features, if not price. So my advice would be to get a PS3 to future proof you from the ever changing Blu-ray specifications. You also get the benefit of nice gaming machine.

Blu-ray displays in 1080P while HD DVD only displays up to 1080i. On that factor, Blu-ray is better.

HD DVD is 1080p also, both formats use the same video codecs to store the movies. Blu-ray does allow a higher bitrate than HD DVD, which in theory would allow for better quality (in reality this isn't the case). I believe the previous posters misunderstanding comes from the fact that the bottom of the line HD DVD players output at 1080i where all Blu-ray players are 1080p, but go one step up in an HD DVD player and you get 1080p.

Since HD DVD is now a defunct format you can get a player for a steal and enjoy many great movies NOW that will be a long time coming to Blu-ray. Any movie from Universal or Paramount and many from Warner are HD DVD only. You can do this all on the cheap now with 1080i players to found for $70. A nice way to enjoy movies in HD and get an excellent upconverting DVD player at the same time, while we wait for Blu-ray players to become affordable.