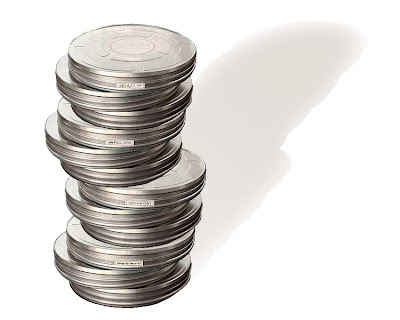 The breadth of entertainment that Walt Disney created in his lifetime is both deep and immense. The sheer volume of what he produced in his lifetime dwarfs most film makers of the time and simply shows how much he accomplished during his brief tenure on the planet. Not everything he did was a classic and not all of it will be remembered in posterity, he was human after all...

But his achievements in entertainment on the big and small screen speak for themselves:

WOW! That list is huge. I thought I had seen the exhaustive list before, but apparently not. Thanks for the research, as always.

My mouth is agape (better shut it before it attracts flies). What a portfolio!

Not only is the list huge but there are so many undeniable classics in there too. Not just "Disney classics" but films recognized by the non-Disneyphiles at large.

What does Bloom County's Opus character have to do with Disney?

it means "works" as in achievements or things done. If you've ever heard of the Catholic order Opus Dei(used in the Da Vinci Code) it means "Works of God" as the Dei is the latin word for deity or god...

Hence, the term "Opus Disney" means the "Works of Disney". See what we do here at Blue Sky? Combine the worlds of pop-culture with a classical education.

Wasn't there a lot of projects Walt Disney put his name on that he had little to do with? I understand that this was a major sticking point with animator Bill Melendez.