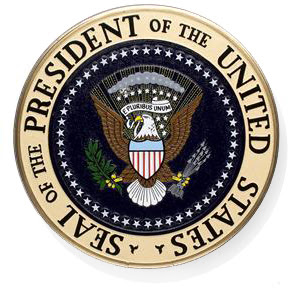 I never liked it when they combined the celebration of Lincoln's birthday and Washington's birthday into the generic "President's Day". I really don't think it does those two men the justice they deserve. Abraham Lincoln being the "Preserver of the Union" and George Washington being the "Father of our Nation" seems to demand more respect than having a generic holiday that honors all our presidents... I don't feel all of them need such praise, I mean after all, do we need to praise Warren G. Harding? I mean the man was not built to be president... but I digress. Let's just say I think Ab and George hold a special place in America's heritage. 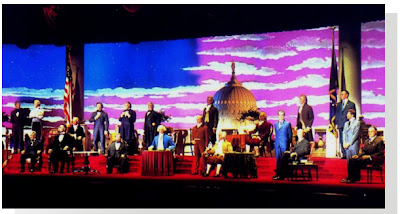 But I guess if Walt Disney World's Magic Kingdom can pay tribute to them in the "Hall of Presidents", we here at Blue Sky Disney can as well..
Posted by Honor Hunter at 8:20 AM