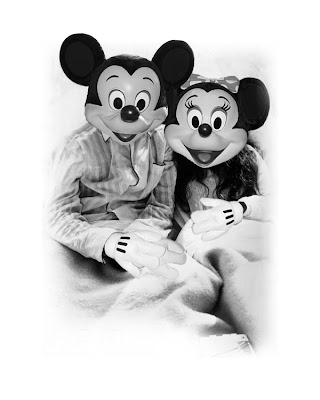 Well, the votes will soon be cast, but it's becoming more and more apparent that the Writers Guilds of America, East and West have a deal.

The writer's strike is over.

Should the members ratify it, keyboards could be tapping as early as Monday morning.

Now all the studios can get back to making entertainment. The Mouse can start production on the traffic jam of projects it's been holding off filming for Walt Disney Pictures, Touchstone Pictures and the ABC Network. The studios will also get back to purchasing more of those spec scripts that will now start to appear in blurbs on the pages of Variety and the Hollywood Reporter. You know... the scripts the writers weren't supposed to be writing during the strike?

All in all, it's good that this will soon be over. Now if we can avoid SAG going out on strike, all things should get back to normal.

At least as normal as life can be in Hollywood...
Posted by Honor Hunter at 4:38 AM

I love your post, but the art you accompany it with is sometimes even better.