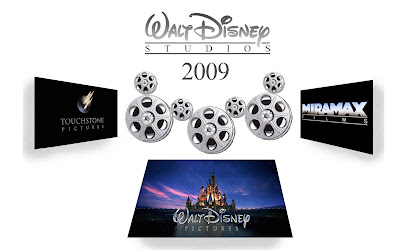 In this time of everyone talking about change...

The Mouse has released scheduling changes due to the writer's strike. Here's a partial list of the films and dates that have been changed.

"Confessions of a Shopaholic"

PJ Hogan's take on Sophie Kinsella's novel has moved from its October 9th 2008 date to Valentine's Day 2009. How romantic...

The CGI family film that Jerry Bruckheimer is producing about some commando rodents has got a launch date of July 24th, 2009.

The pop-cultural phenomenon that is Miley Cyrus comes to the big screen on May 1st, 2009 as counter programing against the testosterone drenched superhero film "Wolverine".

No, this isn't Quentin Tarantino's take on the South Korean classic "Old Boy"... this is a film that continues the lovefest between the Mouse and John Travolta. Robin Williams and Seth Green co=star with him in the comedy which is slated for an April 10th 2009 opening.


"Prince of Persia: The Sands of Time"

The film based on the best selling video game has moved up from its July 10th, 2009 date to June 19th 2009 where it will hope many a video gamer will begin lining up.

The chick film/romantic comedy starring Sandra Bullock and Ryan Reynolds will now get a date(pun intended) on September 25th, 2009.

The remake/sequel? starring Dwayne "The Rock" Johnson will make it's debut/return? on March 13th 2009. Are you reading my mind?

The Bruce Willis vehicle about a world where people only have contact with others through avatars will shine on silver screens on November 20th, 2009.

From the warped mind of Tim Burton comes his take on the classic Lewis Carroll stories of a little girl that takes a drink of some drugged tea and pops into a psychedelic world that only a hippie could appreciate. The acid trip begins on March 19th, 2010.
Posted by Honor Hunter at 9:28 AM

Thanks for the update but I must say the art work is pretty snazzy. And yeah what about Rapunzel?

AWN says that also Bolt as been delayed to April 10 2009, but the original source of the news, Variety, don't even mention Bolt...
is there somewhere an original Disney press release about it?