Mars Investigations Hired By The Mouse... 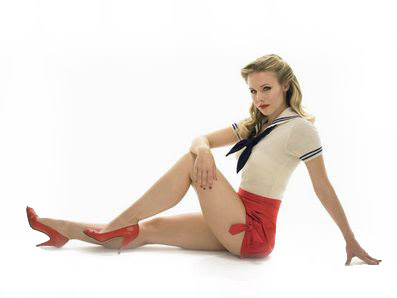 The lovely and talented Kristen Bell, whom played in one of the few TV shows of the last few years that I consider great, "Veronica Mars" and then went on to become a villain in the hit television show "Heroes" has been cast in "When in Rome" for Walt Disney Studios. Mark Steven Johnson(Daredevil) will direct the romantic comedy written by David Diamond and David Weissman, the tale of a lonely New York curator looking for that elusive thing we like to call love. She steals magical coins from a famous Roman fountain and is pursued by some men that aren't exactly what she expected Cupid to send her way. Filming should begin by the end of April.
Posted by Honor Hunter at 6:10 AM

NIce photo. It that from the unrated version of Veronica Mars, season one?