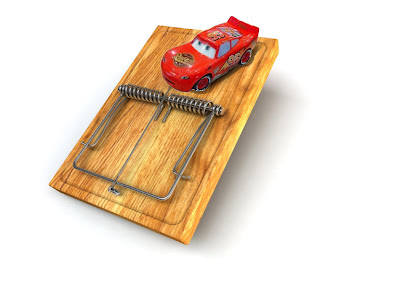 Forbes Online has an article interviewing Iger about his franchise strategy for the Walt Disney Company and it also reveals a few jewels I'm surprised he let out of the bag:

The franchise that Iger thinks has the most potential: "Cars". He also states: "a relatively good bet that ultimately they'll be a sequel". Talking about the " Cars" mechandise that the company is selling: "We've clearly struck a nerve".

He goes on to talk about several other franchises, but doesn't mention any other upcoming animated movies. A nice read. Give it a looksie.
Posted by Honor Hunter at 11:47 PM